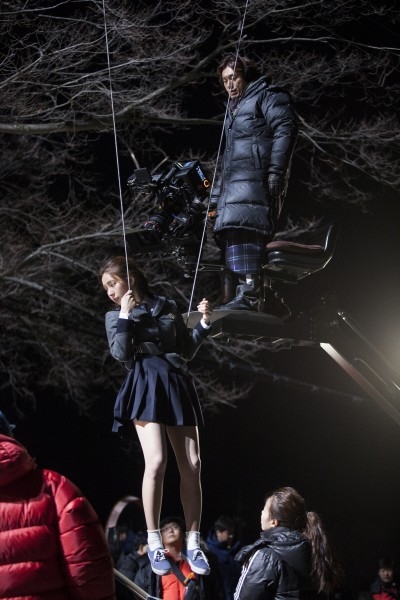 On April 2nd, Namoo Actors revealed Shin Se-kyung's behind-the-scenes photo from the filming set of 'The Girl Who Sees Smells'.

Shin Se-kyung took on the leading role as Oh Cho-rim in the drama where she shines with the appeals as a rom-com girl on the next level.

In the revealed photo, it shows Shin Se-kyung hanging in wire to shoot the car accident scene of the first episode, which was aired on April 1st.

Although it was chilly and dark, Shin Se-kyung was brave throughout the filming, making things much easier for the people on the set.

The flashback scene was a critical one in the beginning of the storyline. As such, all the actors and director focused on the scene during the entire shooting overnight.