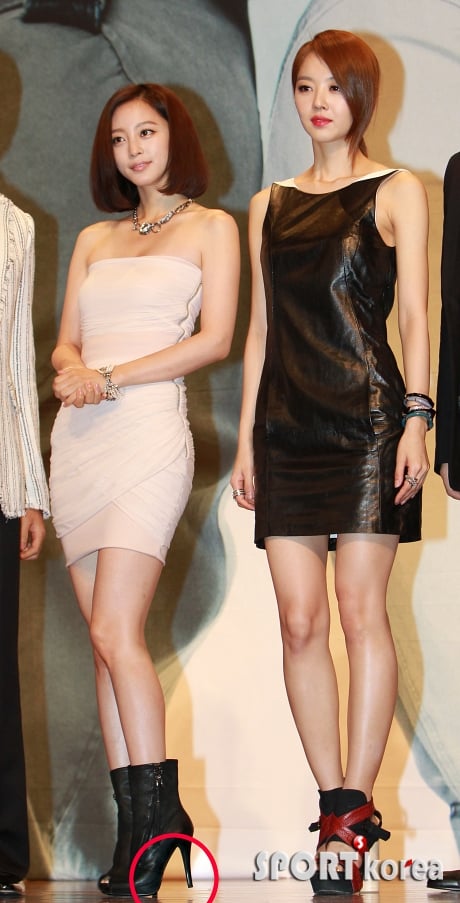 168 cm Han Ye-seul attended the press preview of KBS drama "Spy MyeongWol" on the 5th and she is tiptoeing during photo time standing next to 170 cm tall Jang Hee-jin.

"'168cm' Han Ye-seul can't keep up with Jang Hee-jin's height"
by HanCinema is licensed under a Creative Commons Attribution-Share Alike 3.0 Unported License.
Based on a work from this source