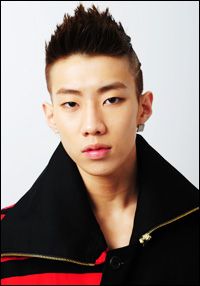 Pop idol Jay Park, the leader of 2PM, put himself on an airplane heading to the United States as if he were ordered to leave Korea for this controversial remark, which some people perceived derogatory toward South Korea.

While the controversy is still unfolding, Hankyoreh Sinmun on Saturday ran a piece that pointed out the lack of understanding in Korean society toward the Koreans abroad, who are second or third generations, born to a Korean family there.

Park, for instance, grew up in Palisade, a town in New Jersey that has one of the highest concentrations of Koreans in America. The young Koreans there tend to display the trait of "Twinkie", a term indicating Asians in the U.S. who make great efforts to assimilate the mainstream American society.

"Their identity is closer to American than Korean", said an unnamed Korean in the piece who currently lives in the U.S.

The problem is that although these individuals regard themselves as "Americans", the American society doesn't regard them as such because of their Asian-looking appearance.

Frustrated, some Twinkies turn to a "negative joke" towards their parents' country.

"Among Korean Twinkies, there is a culture that if you don't look down on Korea, you are regarded as a nerd", said a Korean blogger in America. The 2PM's seemingly pejorative remark on Korea can be understood in that sense, Hankyoreh said.

Most young Korean-Americans struggle through their adolescent period about their identity and eventually choose one. And the more one lives near a mainstream white American neighborhood the more the possibility he chooses to become a Twinkie.

"In general, the Korean expatriate community respects each individuals' choice", the piece said.

Park Jun-kyu, who teaches at South Korea's Chonnam University and who himself is a 1.5 generation Korean-American told the newspaper: "The term Twinkie is a symbol among young Korean Americans who struggle with their self-identity. The Korean society in a sense overacted to Park's remark, which he made long time ago. The Koreans here took his remark as an 'attack' to the Korean society".

Since Park's debut in 2008 the group has become one of hottest pop syndromes in Korea.

But Park fell in hot water for remarks he made in 2005-2007 on Korea, which belatedly became public. He allegedly said, "Korea is gay. I hate Koreans. I wanna come back (to the United States)" on his social networking Web site Myspace, enraging fans.

"'2PM' Case Shows Lack of Understanding on O'seas Koreans"
by HanCinema is licensed under a Creative Commons Attribution-Share Alike 3.0 Unported License.
Based on a work from this source