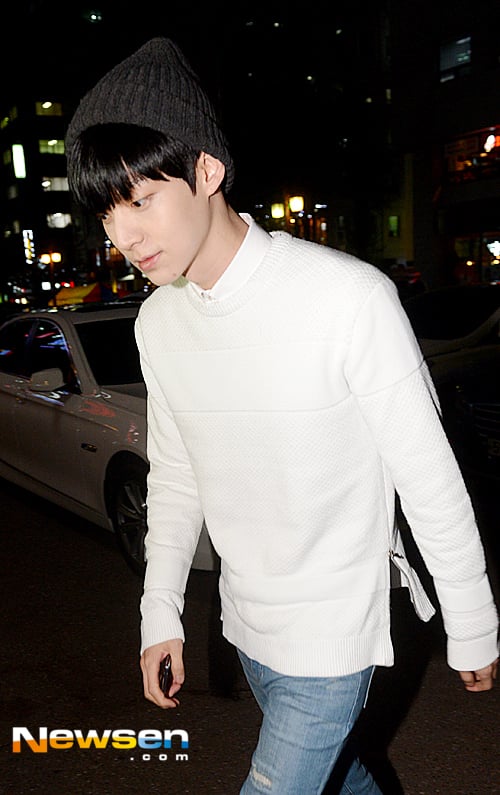 The ending party for KBS 2TV's Monday & Tuesday drama, "Blood" took place in the afternoon on April 21st in a restaurant in Yeoido, Seoul.

Ahn Jae-hyun is arriving at the party.

"Blood" is a fantasy medical drama depicting the adventures and romance by a vampire doctor. Although Ahn Jae-hyun, Ku Hye-sun and Ji Jin-hee starred in the drama, it has suffered from the low viewership rating all the way through. Also the drama has left the bitter-sweet taste behind as the level of the completeness of the drama as well as actors' acting performance has been controversial.

'Who Are You - School 2015' is scheduled to premiere on April 27th after the completion of "Blood".

"'Blood' Ahn Jae-hyun looks pale at ending party"
by HanCinema is licensed under a Creative Commons Attribution-Share Alike 3.0 Unported License.
Based on a work from this source