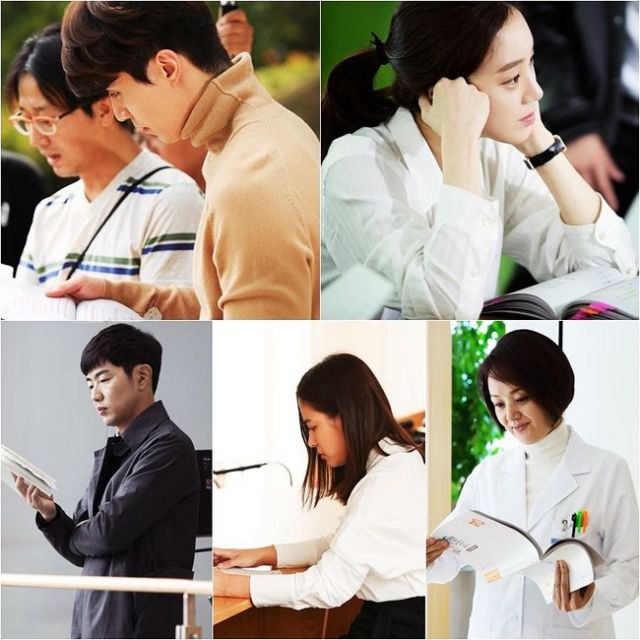 While the first episode has been scheduled to air at 11 PM on October 26th, all the actors and staff members of the production team are working hard to study the script together.

First of all, Lee Dong-wook analyzes his script like a hard working student. He has highlighted lines with bright colors and concentrates on memorizing those lines one by one. It seems he forgot to lift his head up from time to time to take a break. He also discusses the details of the script with producer Kim Byeong-soo. It proves there have always been his vigorous efforts behind his image as a rom-com king.

Jung Ryeo-won's approach to studying her script is equivalent to Lee Dong-wook's efforts. Whilst the jam-packed schedule, she refused to take even a short break and concentrates on reading the script. She has revealed her exceptional passion towards her acting while she gets ready for perfect filming.

"Bubble Gum" is the first collaboration between producer Kim Byeong-soo and writer Lee Mi-na. The first episode of "Bubble Gum" will air at 11 PM on October 26th.