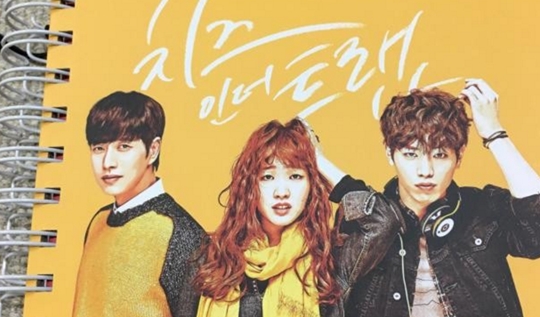 tvN's "Cheese in the Trap"s male lead is missing also from the original sound track album. But it was Park Hae-jin's choice this time.

According to an associate with CJ E&M on March 9th, "The still images and making films taken on the filming set can be used only based on the permission from the actor" and "About the case of "Cheese in the Trap" original sound track album, because Park Hae-jin's agency only agreed to the use of his images on the official posters, his images cannot be used for any other purposes", which is the clarification about the controversy on why Park Hae-jin is missing from the inserts of the original sound track album.

"Cheese in the Trap" original sound track album was issued on March 8th. Questions were raised about the poster and also the inserts created using the images taken on the filming set. Park Hae-jin only appeared on the album cover and the face of the CD unlike other actors, whose various images were used. There was also a sign that only Park Hae-jin's image was cut of a group photo.

"'Cheese in the Trap' Original sound track album missing the Park Hae-jin again, Why?"
by HanCinema is licensed under a Creative Commons Attribution-Share Alike 3.0 Unported License.
Based on a work from this source