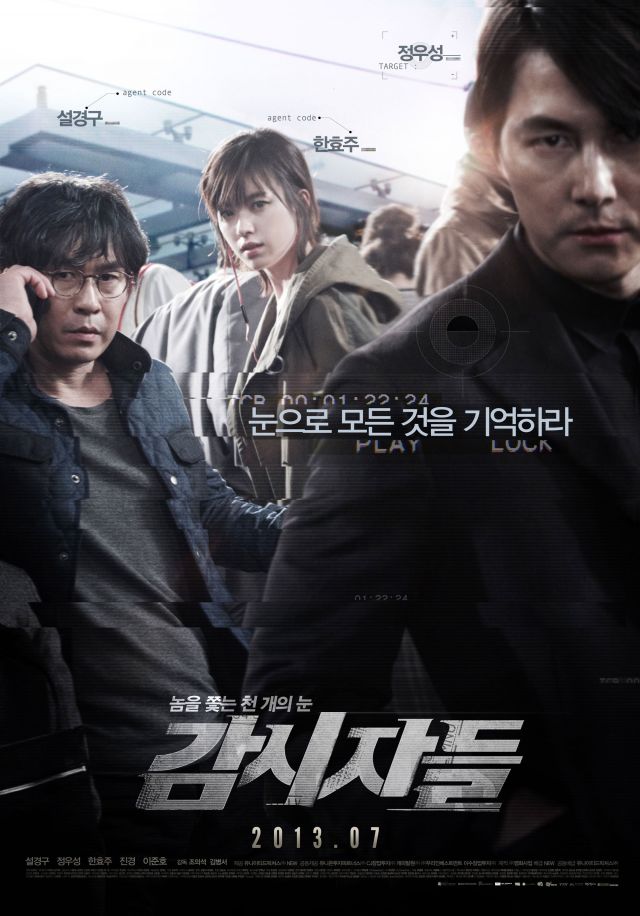 "Cold Eyes" has hit the 4-million mark in cinema attendance since its release on July 3. According to box office data released by the Korean Film Council on Saturday, the film sold 135,783 tickets on Friday alone to attract a total of 4.13 million viewers.

It became the fifth Korean film this year to draw more than 4 million moviegoers after "Miracle in Cell No.7", "The Berlin File", "New World" and "Secretly and Greatly".

Amid strong competition from "Mr. Go", which was released last Wednesday, and Hollywood blockbusters such as "Pacific Rim" and "World War Z" -- the latter recently drew over 5 million viewers, "Cold Eyes" remains popular even on weekdays.

"Cold Eyes" is an action movie that revolves around a group of detectives who track down high-profile criminals.

"'Cold Eyes' Still Sweeping Box Office"
by HanCinema is licensed under a Creative Commons Attribution-Share Alike 3.0 Unported License.
Based on a work from this source