'Controversial Classics', special film series as part of Cinema On The Park 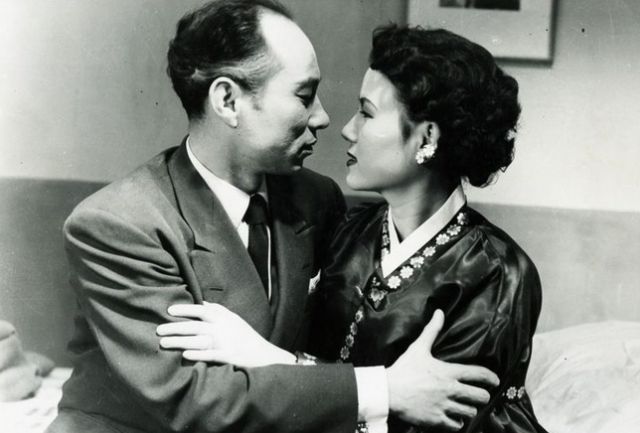 'Controversial Classics' is a special film series as part of Cinema On The Park, a free weekly Korean film event that is taking Sydney by storm.

Hosted by the Korean Cultural Office and with over 800 attendees since launching in April, Cinema On The Park is the newest addition to Sydney's vibrant film culture, where Hallyu film buffs and Korean Wave newbies come together to watch the latest offerings and past classics of Korean Cinema.

The series begins December 1st with the daring, sexual melodrama "Madame Freedom" which depicts the denial of social freedom faced by women in an increasingly Westernised society in Korea. "Madame Freedom" will be presented by Richard Gray, Editor of film review site 'The Reel Bits'.

On December 8th, join us again for the classic of all Korean classics, the heart-breaking view of a broken country in the years after the Korean War and the struggles experienced by one family to make ends meet, "The Aimless Bullet". Said to be the greatest Korean film of all time by film critics across the globe, "The Aimless Bullet" will be presented by Russell Edwards, film critic for 'Variety'. 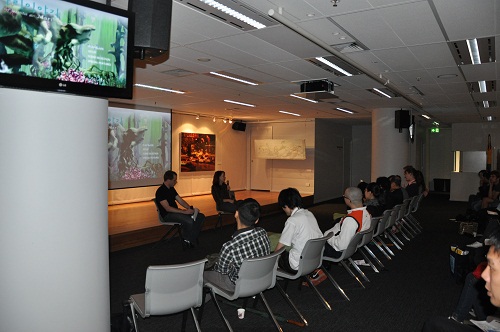 Films start at 6:30PM and are free for all, plus they are preceded by fun short films, drinks and snacks. Located at the Korean Cultural Office across the road from Hyde Park and Museum Station. Join us at Cinema On The Park for an experience you won't forget! Visit our website for more information! 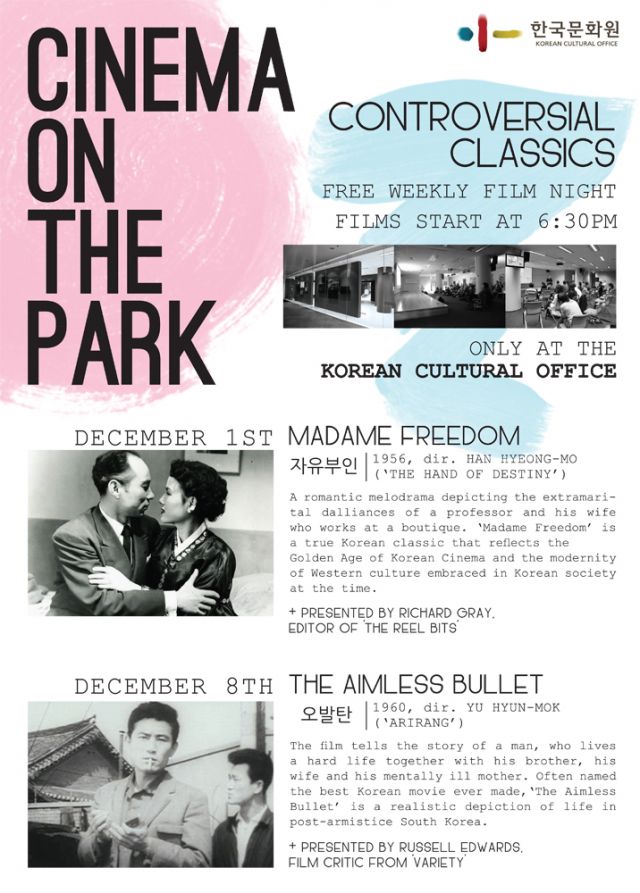 "'Controversial Classics', special film series as part of Cinema On The Park"
by HanCinema is licensed under a Creative Commons Attribution-Share Alike 3.0 Unported License.
Based on a work from this source