'Countdown' to Get International Premier at Toronto Film Fest 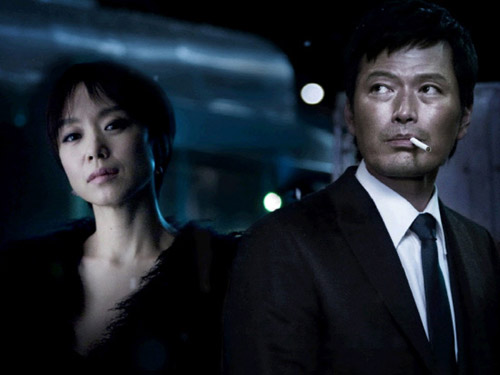 A scene from "Countdown" /Courtesy of NEW

A new action movie called "Countdown" starring Jeon Do-yeon and Jung Jae-young has been chosen to screen in the Special Presentations section of the 36th Toronto International Film Festival.

TIFF on Tuesday announced a list of films that will be screened at the festival including "Countdown" and two other movies from Asia.

TIFF is the biggest international film festival in North America, and it is regarded as the most important in terms of commercial influence. It is often bracketed together with Cannes, Venice and Berlin as one of the year's top four film festivals.

It will run this year from Sep. 8 to 18 in Toronto, Canada, giving "Countdown" its international debut in a huge setting. The movie is an action drama about a deal made between a heartless debt collector, who has 10 days to save his own life, and a beautiful con artist. It marks rookie director Heo Jong-ho's debut in the commercial film market. The movie will be released to the public in September.