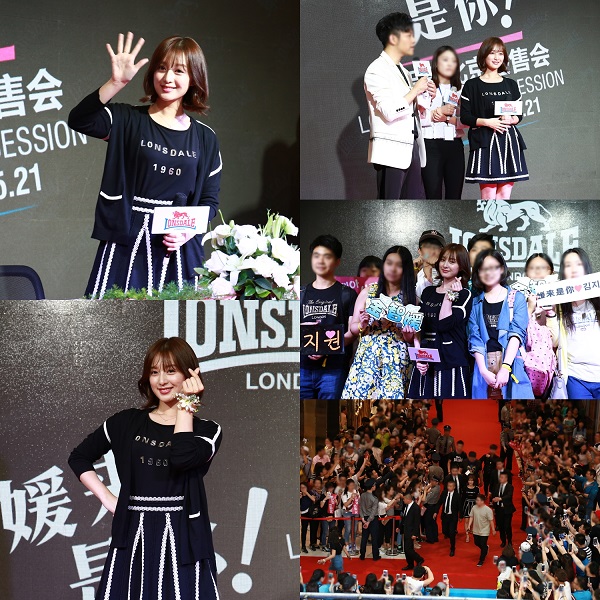 Kim Ji-won experienced her huge popularity in Beijing after attending her successfully held signing event on May 21, which was her first international fan signing event.

In the revealed image, Kim Ji-won went on the stage sporting the short bob hair and in a cute navy dress. She had a short talk about the hit drama, 'Descendants of the Sun', which also aired in China and received much love. When she reenacted her line from the drama on the stage, the crow responded with big cheers.

About one thousand fans visited the venue to see Kim Ji-won from all across China. A lot of girl students crowded at the venue proved she's also a girl crush among many female fans in and outside Korea.

Kim Ji-won is currently accommodating her schedule to shoot commercials while she is carefully reviewing her options for her next dramas and movies.

"'Descendants of the Sun' actress Kim Ji-won's signing event ends successfully in Beijing"
by HanCinema is licensed under a Creative Commons Attribution-Share Alike 3.0 Unported License.
Based on a work from this source