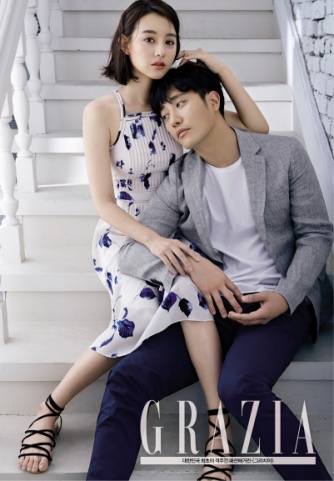 The heartwarming 'Descendants of the Sun' couple Jin Goo and Kim Ji-won had a couple pictorial taken.

Jin Goo and Kim Ji-won had an interview with Grazia and also had a pictorial taken for the magazine.

Ji Goo, who has to act the dilemma that makes him always to be separated from a woman he loves, answered the question about his acting with the deep intense eyes. He said, "In the drama, there are not many scenes where I can say warms words to Yoon Myeong-joo or dote her. So I wanted to deliver my inner emotions (in the way I show through my eyes)".

Kim Ji-won said she did not feel uncomfortable acting the military doctor role. Because her father was very strict, she was familiar with the highest honorific speech ending in da, na, kka, since she was little. She also said, "The military uniforms were so comfortable, so I went back home in the uniforms directly from the filming set. My parents told me their daughter enlisted".

More of Jin Goo and Kim Ji-won's pictorial can be seen on Grazia April issue published on March 20th. 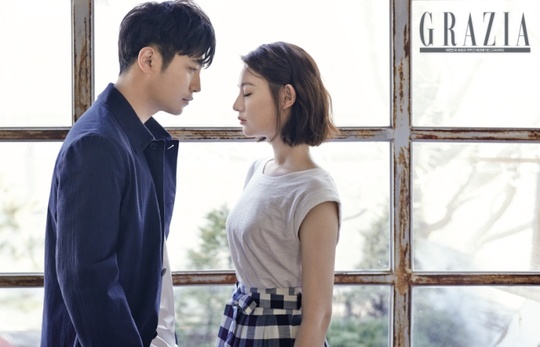 "'Descendants of the Sun' Jin Goo and Kim Ji-won's romantic couple pictorial"
by HanCinema is licensed under a Creative Commons Attribution-Share Alike 3.0 Unported License.
Based on a work from this source