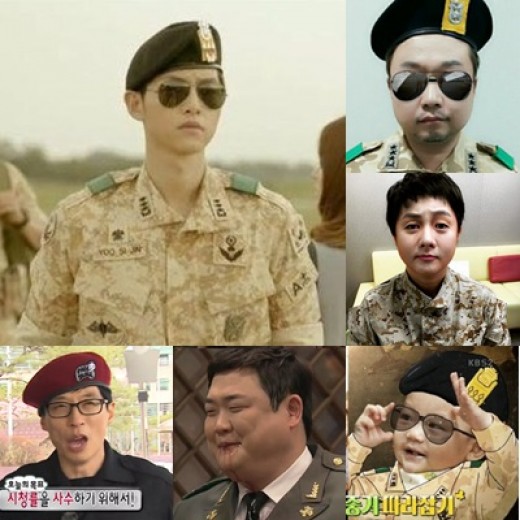 KBS2 'Descendants of the Sun' only airs on Wednesday and Thursday and yet it feels like it's seen every day on TV. This could be because many celebrities are making a parody of it, especially the soldier, Song Joong-ki. Let's see who is the best among them.

- 'Infinite Challenge' is also a fan 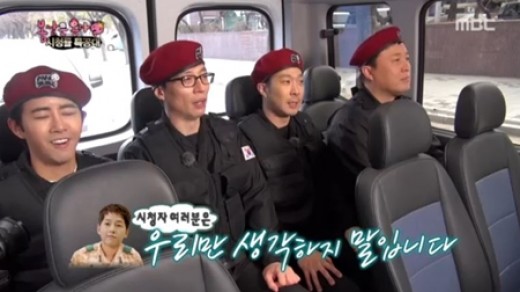 The parody lasted for some time in the show, and Haha (HaHa) and Jung Joon-ha followed the lines of Song Joong-ki said in the drama. 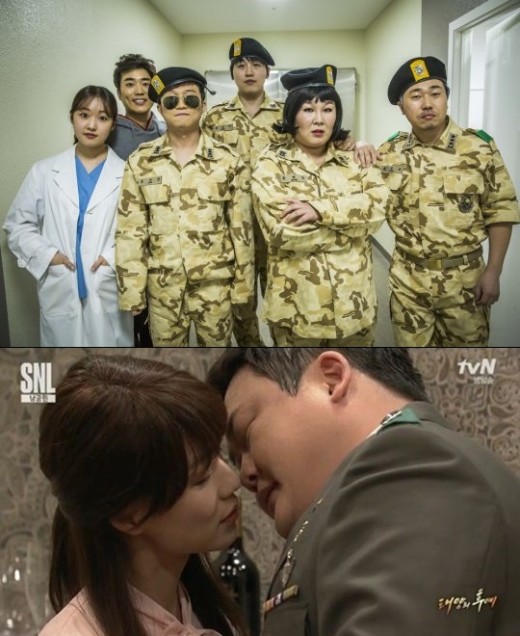 On the last show of KBS 'Gag Concert', there was a corner named 'gene' with 'Descendants of the Sun' concept. Park Sung-kwang as Yoo Si-jin and Park Bo-mi as Song Hye-kyo.

Comedian Kim Min-kyung-V appeared as Yoon Myeong-joo and followed the lines said in the drama with Park Sung-kwang.

tvN 'SNL' also parodied 'Descendants of the Sun'. Especially the wine kiss between Ahn Young-mi and Kim Joon-hyun was a shock.

Park Hwi-soon amused the people by posting a photo of him wearing a military attire and sunglasses saying "Yoo Si-jin in reality".

The 'goddess of make ups' Park Na-rae also tried to look like Song Joong-ki. She posted her photo and said, "I have made myself as you because of my feelings towards you". She also appeared with the make up on tvN 'Comedy Big League' on the 13th.

The youngest parody challenger would be Lee Dong-gook's son Dae-bak. Lee Dong-gook taught his son how to salute before drinking yogurt.

Meanwhile, 'Descendants of the Sun' is a blockbuster drama with a story of soldiers and doctors on a foreign land. The drama has occurred a new syndrome rating 28.5% nationwide.

"'Descendants of the Sun' Song Joong-ki parody fever"
by HanCinema is licensed under a Creative Commons Attribution-Share Alike 3.0 Unported License.
Based on a work from this source