'Descendants of the Sun' special program to broadcast for three days 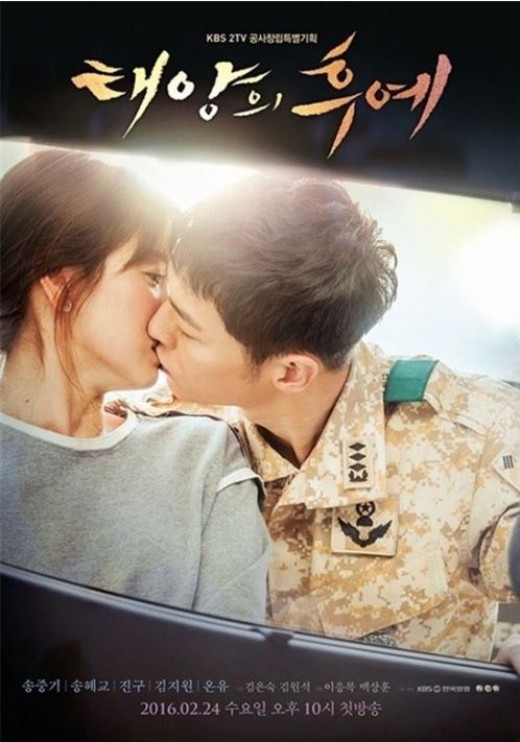 While KBS 2TV's Wednesday & Thursday drama, 'Descendants of the Sun' is wrapping up on April 14th, a special program has been planned for the drama fans who are feeling sorry for letting it go.

According to an official with KBS drama department on April 11th, the special program of 'Descendants of the Sun' has been scheduled to broadcast on April 20th, 21st and 22nd for the consecutive three days.

For those first two days, April 20th and 21st, the program airs during the regular air time for Wednesday & Thursday dramas. The last show on April 23rd will run from 9:35 PM to 11:05 PM for 90 minutes in total.

'Descendants of the Sun' Special One and Two feature highlights. And the third show plays making film and behind-the-scenes stories including the commentary footage by Song Joong-ki, Song Hye-kyo, Jin Goo, Kim Ji-won and other actors.

"'Descendants of the Sun' special program to broadcast for three days"
by HanCinema is licensed under a Creative Commons Attribution-Share Alike 3.0 Unported License.
Based on a work from this source