'Do not wreck my subway fantasy' 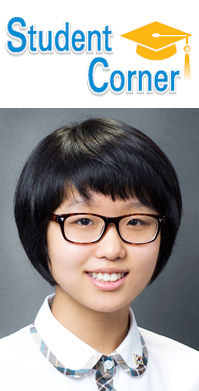 It hasn't been long since I began riding the subway regularly. My mom didn't let me travel to and from school, academies or anywhere in the city by myself.

She repeatedly told me about bad guys who kidnap young girls in the subway trains and at the stations. It was wise of her to depict the subway as such because, young as I was, I believed her and immediately formed in my head an image of a place where only those who can fight off strong men were safe to go to.

Of course, upon experiencing the subway several times (accompanied by my mom or dad), I found out that it isn't as sinister and dangerous as my mom had described. But at that time, the only way the subway was meaningful to me was that it had triangular handles that dangled beyond my reach. I used to dream about touching them without having to jump.

A few years later, when I grew older and tall enough to grab the handles, Mom allowed me to ride the subway on my own. From then on I took it frequently, and quite soon the subway car became one of my favorite places to be.

Seoul's subway lines are rather complicated, but at the same time they stretch to almost every corner of the city.

The subway is a form of transportation popular for its convenience, guaranteed speed and cheap price. Poor or rich, girl or boy, young or old, Korean or non-Korean, everyone gets an equal chance to hop on without any burden.

We all blend and mingle with the crowd, sit and stand next to complete strangers.

As a typical Korean student confined to stepping on the same grounds and meeting the same people every day, the fact that I could actually get to know my hometown and my neighbors was spellbinding. It was as if I was a frog who took the train out of a stuffy well.

Another reason riding the subway was significant is because to me, it was equal to earning freedom. Before giving their permission, Mom or Dad used to drive me everywhere. I had to be escorted even to the studying room just across the main road.

Frankly, I felt my parents were being overprotective and I was being overly dependent. But alas, there was nothing I could say. So once I became capable of traveling great distances with no help at all, it was a coming-of-age ceremony in my terms.

I have a firm belief that the subway routes symbolize a gigantic web to which all Koreans, or at least all of those in Seoul, are emotionally connected.

Subways are where we practice care for others. Children learn to offer their seats to old men and college students learn to not speak too loudly on their phones.

And when the car is full, people lean against each other so tightly that sudden stops can't make them budge an inch. Likewise, though seemingly trivial, the subway contributes to the spiritual bonding of Koreans ― the bond that fires up on such occasions as the FIFA World Cup.

To this day, I prefer taking the subway to riding Mom's car, although the latter is far cozier.

But recently, I have begun to see the dark side of the subway that my mother had portrayed years ago. I do understand that it isn't easy for it to be perfect ― but, please, try not to wreck my subway fantasy.

"'Do not wreck my subway fantasy'"
by HanCinema is licensed under a Creative Commons Attribution-Share Alike 3.0 Unported License.
Based on a work from this source