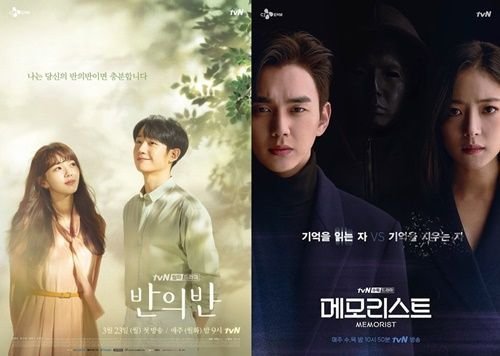 tvN, which used to dominate over ground-wave broadcasters and made a reputation for itself as 'drama kingdom' has been falling repeatedly recently. While the company is being sluggish, the general programming channel jTBC seems to have taken over their position.

"A Piece of Your Mind" starring Cha Soo-bin and Jung Hae-in began on the 8th on tvN.

Although the production team said it will reduce the episodes from 16 to 12 for a speedy development, ratings that have fallen to the 1% range are cited as the direct cause. In fact, "A Piece of Your Mind" has been marked by poor ratings as the episodes go on.

According to Nielsen, "A Piece of Your Mind" began with 2.449%, but it was cut in half by the sixth episode. The viewership barely made 1.2% and required desperate measures.

The only comfort is tvN Thursday special "Hospital Playlist". It's been breaking records 5 times in a row and it's the only drama that's on a climb. Despite the fact that it's only being broadcast as one episode a week, attractive characters, laughter from various people and the sympathetic stories of tears are drawing viewers' response.

However, it's not enough to recover the reputation of tvN, which holds records for hit dramas such as the "Answer Me" series, "Goblin" and "Signal".

It was since last year that tvN has been experiencing this decline. At a press conference held at the end of last year, Lee Ki-hyuk, director of the CE ENM Content Compilation & Planning Bureau, also admitted that tvN's drama performance this year (2019) was somewhat weaker than before, adding that he will continue to present various and exotic genres of dramas next year.

However, since "Crash Landing on You", which ended in February, recorded a high viewer rating of 21.7%, many are concerned that the tvN drama slump may continue this year.

On the other hand, jTBC seems to be establishing itself as a new drama kingdom, taking advantage of tvN's sluggish performance. JTBC, which recorded the highest ratings of 23.8% for non-terrestrial dramas with "SKY Castle", which ended in February last year, is continuing its high-profile run this year with a series of hits including "Itaewon Class" and "The World of the Married".

In particular, "The World of the Married" is emerging as the best drama in terms of popularity, as well as the highest viewer ratings every day despite the likes and dislikes. 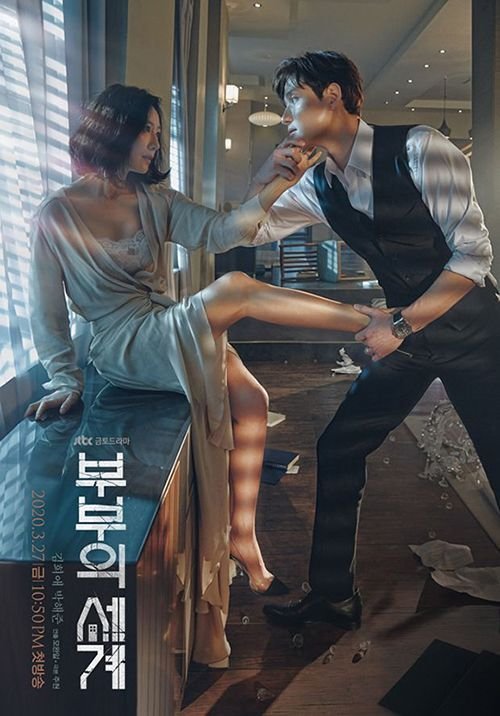 "'Drama Empire' tvN Losing Reputation, JTBC Catching Up "
by HanCinema is licensed under a Creative Commons Attribution-Share Alike 3.0 Unported License.
Based on a work from this source