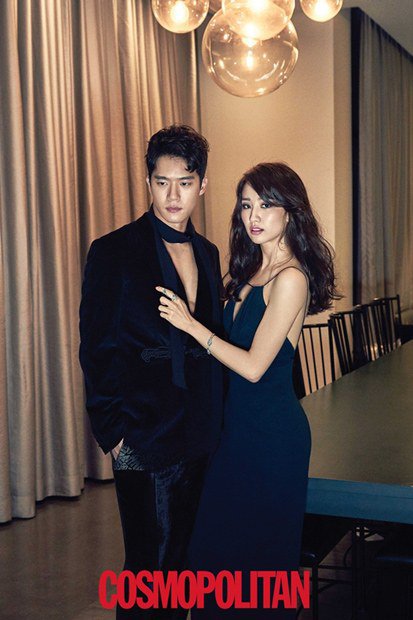 Fashion magazine 'Cosmopolitan' has revealed tvN's new drama "Drinking Alone" co-stars, Ha Seok-jin and Park Ha-sun's pictorial. To match the title of their drama, the pictorial was taken in a luxurious bar.

In the revealed images, Ha Seok-jin and Park Ha-sun showed off their stylish looks under the ambient lights. Park Ha-sun looks mesmerizing in a slip dress and with the smoky eye makeup.

In another image, Ha Seok-jin showed off his masculine appeal in the checkered jacket revealing his chest matched with grey pants. Park Ha-sun's elegant feminine side is accentuated in the body-contouring navy colored dress.

More of Ha Seok-jin and Park Ha-sun's pictorial and their interview can be found in Cosmopolitan September issue and the magazine's official website. 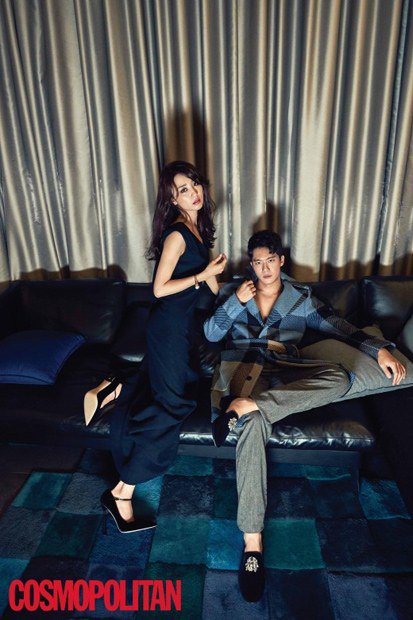 "'Drinking Alone' Ha Seok-jin and Park Ha-sun in deep V neck outfit"
by HanCinema is licensed under a Creative Commons Attribution-Share Alike 3.0 Unported License.
Based on a work from this source