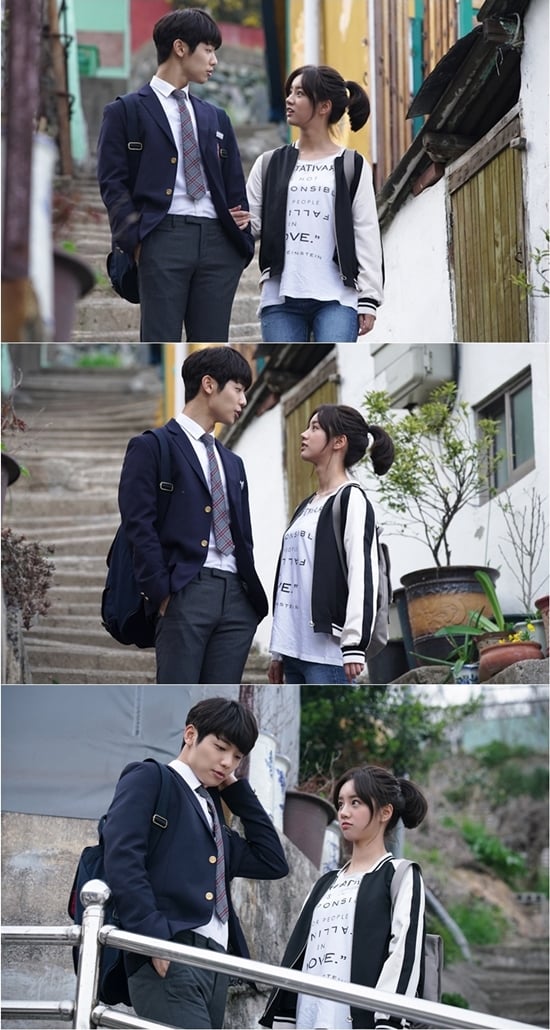 On April 11th, the forthcoming SBS drama, "Entertainers" has unveiled the still images featuring Hyeri and Kang Min-hyuk, who play siblings in the drama.

The images show Green (Hyeri) and Ha-neul (Kang Min-hyuk) on their way to work. The gorgeous look of the siblings brightens up the surroundings.

Green with the two big bright eyes is making eye contact with her younger brother. She looks a bit upset, which makes the viewers wonder why. Ha-neul also is looking at her with such a warm smile on his face. It is evident Green is such a cute and precious sister for him.

The scene was filmed in Busan recently. Although it was only beginning of the production, Hyeri and Kang Min-hyuk became close right away to each other.

"Entertainers" depicts the success story by a newbie band, 'Ddanddara' and their manager Sin Seok-ho, who is reckless and bold in action. The drama premieres at 10 PM on April 20th taking over the airtime from "Please Come Back, Mister".

"'Entertainers' siblings Hyeri and Kang Min-hyuk show off chemistry sweeter than lovers'"
by HanCinema is licensed under a Creative Commons Attribution-Share Alike 3.0 Unported License.
Based on a work from this source