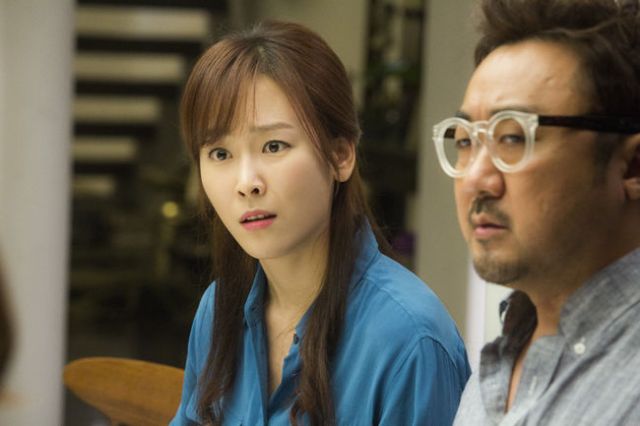 Movie "Familyhood" director Kim Tae-gon gave an unreserved compliment on the actress Seo Hyun-jin, who is working with him currently.

On June 20, director Kim Tae-gon met OSEN reporter in a café in Samcheong-dong, Seoul and revealed his thoughts about Seo Hyun-jin. He said, "Whenever I saw Seo Hyun-jin, I thought she is an actress with skills and knowledge".

He also talked about casting Seo Hyun-jin for his movie, "When she was filming with us, it was before she did "Oh Hae-Young Again". When I heard she was going to do a drama, I said 'hope it will turn out well' and it actually turned out to be daebak". The director smiled happily.

He continued on, "When we had a meeting with Seo Hyun-jin, what I was wondering was if an actress who used to play a leading role in a romance drama would play a role as a mom with two children. It wouldn't be an easy decision but she accepted the offer without hesitation. When we were selecting the concept for her costumes, we prepared pretty clothes. But she chose the humble clothes and said actual moms wear these clothes. We were quite surprised".

The director also said, "When she was playing mom, there's nothing weird or awkward about her acting. I thought she was an actress with a truly wide range of acting" and "Also, when something becomes differently even slightly during script reading, actors usually get confused. But Seo Hyun-jin could change her voice tone acting instantly. It was a good surprise. It's only possible for actors who are prepared. I thought she has accumulated skills and knowledge as an actress. Kim Hye-soo also complimented Seo Hyun-jin a lot on the filming set".

"'Familyhood' director talks about Seo Hyun-jin: "An actress with accumulated skills and knowledge, amazing acting ability""
by HanCinema is licensed under a Creative Commons Attribution-Share Alike 3.0 Unported License.
Based on a work from this source