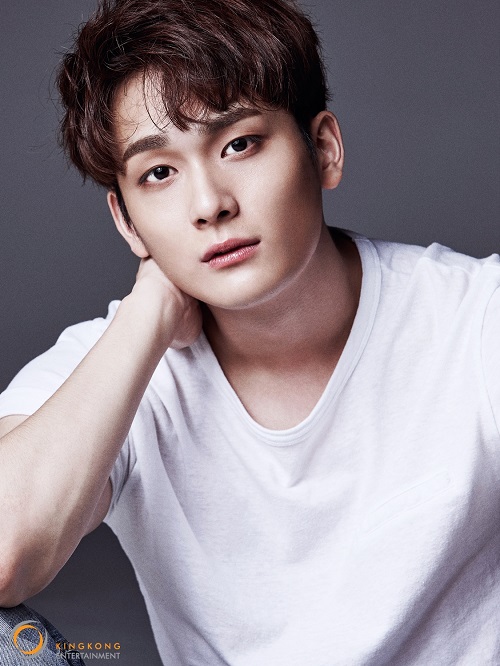 Actor Jo Yoon-woo has been confirmed for the upcoming drama "Hwarang" for his role, Yeo-wool,

His agency King Kong Entertainment said, "Jo Yoon-woo will play his role, Yeo-wool in KBS 2TV's "Hwarang" to reveal his new sides that people have not been able to see from him so far. Please stay tuned and keep sending him support".

"Hwarang" is a youth historical drama about the passion, romance and coming-of-age story of the Flower Knights who were active in Searabeol, the capital city of Shilla Dynasty 1,500 years ago.

Jo Yoon-woo's character is one of the Flower Nights, Yeo-wool, who is a gorgeous man but cannot hold straightforward and sarcastic comments. Although Yeo-wool looks more gorgeous than women, his martial art skills are superior to those of any other men. You can tell what his character will be like from the previously released character poster,

Jo Yoon-woo debuted through tvN 'Flower Boy Ramyun Shop', 2011 and then he left a strong impression with his roles in SBS ' The Heirs'. He also showed off an impressive screen presence when appearing in SBS "Mask" as a handsome secretary Chang-soo. With his role as an ace icehockey player Jeong Pal-bong in SBS short drama, "Puck!", he proved he could play various characters of broad range.

The drama also stars Park Seo-joon, Park Hyung-sik, Ko Ah-raand more. Lee Kwang-soo will make a cameo appearance. "Hwarang" is produced based on 100% pre-filming system. 100%. Filming is to begin within the first half of this year and has been scheduled to air in the second half of this year.

"'Hwarang' Jo Yoon-woo to play a gorgeous Flower Knight with exceptional martial art skills "
by HanCinema is licensed under a Creative Commons Attribution-Share Alike 3.0 Unported License.
Based on a work from this source