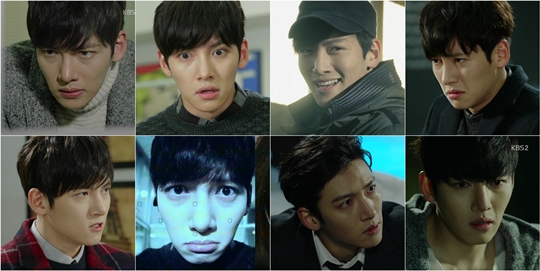 Ji Chang-wook (Seo Jeong-hoo) from KBS 2TV drama, "Healer" has been winning female fans' heart through his thriving acting performance lately. The collected image of his eight different facial expressions have been uploaded on an online community website.

Ji Chang-wook rocks small screen acting as a clumsy rookie entertainment reporter, Park Bong-soo as well as the strong, manly character, "Healer", Seo Jeong-hoo (Ji Chang-wook) in the same drama. Reviews say his acting through the detailed facial expressions has been contributing to the drama full of stories.

"'Healer' Eight different faces of Ji Chang-wook, sexy or cute"
by HanCinema is licensed under a Creative Commons Attribution-Share Alike 3.0 Unported License.
Based on a work from this source