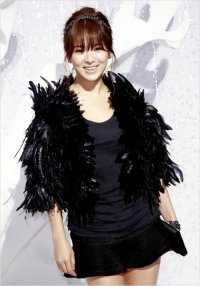 Song Hye-kyo will be on the cover of the June edition of 'Vogue Korea', being the first Korean actress to be featured on the magazine's cover.

According to Vogue Korea, the staff who took part in this photo shoot is all internationally top class. One of the three major fashion photographers Paulo Roversi was joined by hair stylist Julian Dy's and make-up artist Stephan Marais.

Lee Myung Hee, chief editor of Vogue Korea, commented, "We have used Korean models active abroad on the cover, but this is the first for a Korea actress. Wearing a Hanbok for the photo shoot has great meaning".

Song Hye-kyo's photos will be published across 18 pages in 'Vogue Korea' which will be released on the 20th. Behind the scene footage will be broadcasted through Olive Channel.