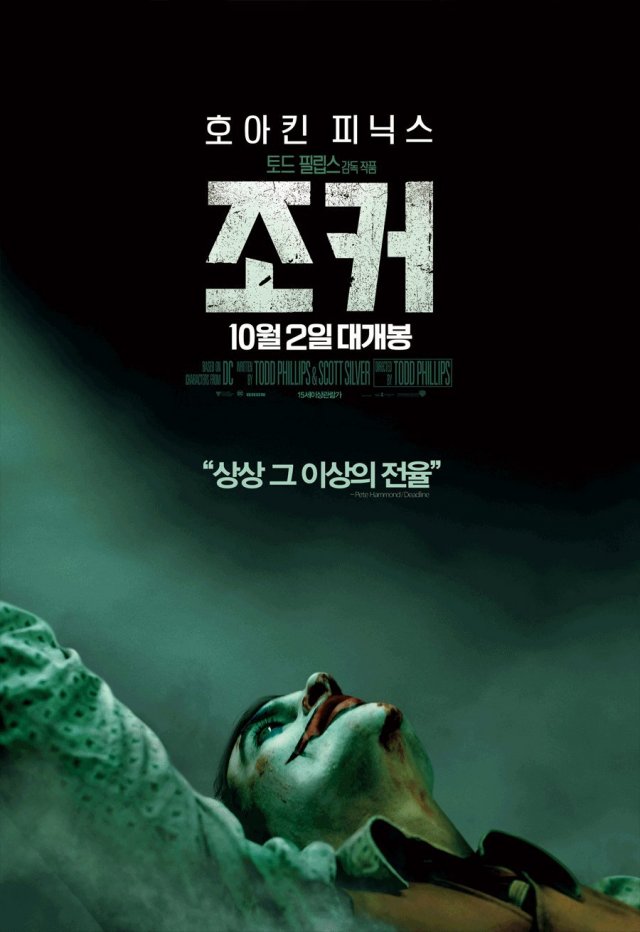 Batman spin-off "Joker", a gritty origin story of the supervillain, dominated the box office in Korea on its opening weekend.

According to the Korean Film Council, the DC Comics film starring Joaquin Phoenix as the failed comedian-turned-sociopath opened at No. 1 on Oct. 2, drawing nearly 2.2 million viewers in the first five days of its release.

It drew 1 million moviegoers in the first three days and another million two days later. Now in its second week of release, the film is likely to continue its successful run as Wednesday is Hangeul Day, a national holiday.

Apart from the North American market, the film had its biggest worldwide box office success in Korea.

The film initially garnered rave reviews for its artistry and meticulous period detail, even winning the Golden Lion at this year's Venice International Film Festival in September, a first for a comic book movie.

But critics have since started to turn against the extravaganza, comparing it unfavorably to Heath Ledger's origin-less but more compelling appearance in 2008's "The Dark Knight".

"'Joker' Rules Korean Box Office on Opening Weekend"
by HanCinema is licensed under a Creative Commons Attribution-Share Alike 3.0 Unported License.
Based on a work from this source