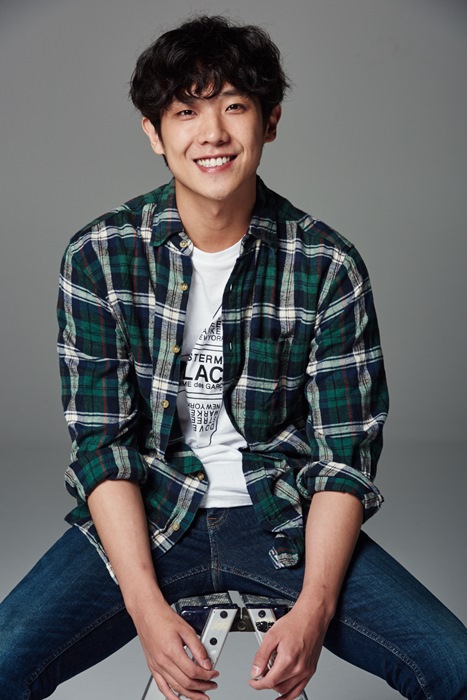 In the photo revealed on September 24th, Lee Joon looks into the camera lens while showing off his candid bright smile. Lee Joon's new curly hair style for his role in the movie adds the fresh charms as a young man in his 20s.

"Key of Life" starring Lee Joon as a leading actor depicts the switched life of a contract killer (Yoo Hae-jin) and a no name actor (Lee Joon), who is about to give up on his life, after the two got into an accident.

Lee Joon is anticipated to captivate audience' hearts by delivering dissembling acting that he has never shown before, for his role, Jae-seong, a no name actor, who gets to live a life as a contract killer,

Lee Joon who made a screen debut with his role in the Hollywood movie, 'Ninja Assassin', 2009, has been recognized for his potential as a good actor for his roles in movies 'Rough Play' and "The Piper".

Also he showed the impressive acting performances in tvN's 'Gabdong - The Serial Killer' and SBS' 'Heard It Through the Grapevine'. He also has landed leading role in OCN's 'Vampire Detective' recently.

Since the filming began on September 1st, Lee Joon has been busy with his shooting schedule. He said, "When I first read the scenario, I knew it was goint to be a fun and attractive project. Filming is also as fun as I expected. Because I've never played a character like this before, I feel a little nervous. However, I hope this nervousness will turn into a joy when the movie is released. I will continue to work sincerely like always".

"'Key of Life' Lee Joon sports curly hair and shows off fresh charms as young man in his 20s"
by HanCinema is licensed under a Creative Commons Attribution-Share Alike 3.0 Unported License.
Based on a work from this source