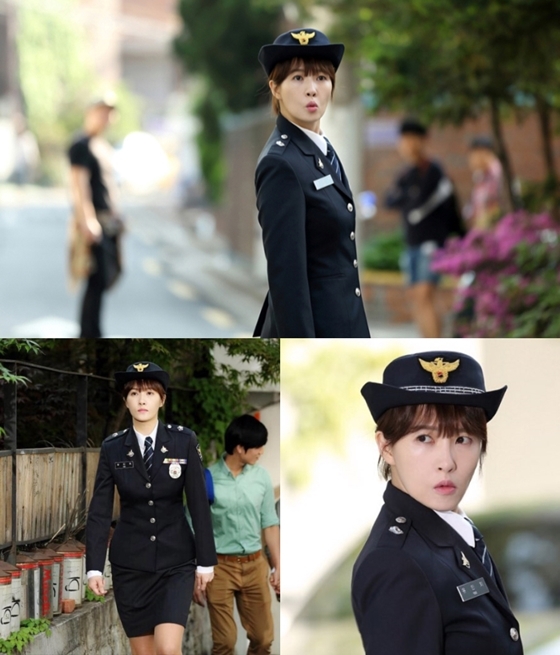 Kim Sun-ah is returning to the small screen in three years. Her appearance during the first filming session for the drama, "Masked Prosecutor" was captured.

On May 5th, KBS 2TV's Wednesday & Thursday drama, "Masked Prosecutor" unveiled Kim Sun-ah's still images from her first filming session. She plays the female leading role, Yoo Min-hee, an elite graduate from Korean National Police University, who is never swayed by any sort of pressure and pushes forward to accomplish what she believes.

The first filming was done in Hongdae area. Kim Sun-ah dressed in the clean and neat police uniform demanded attention. She did not lose her smile all throughout the filming session and had a chit chat with the spectators who gathered around the filming set as well. She also showed off her Japanese language skills responding to a question from a Japanese passerby at the spot.

The production team of "Masked Prosecutor", Kimjonghak Production said, "Kim Sun-ah has been making efforts to own every single details of the script since her cast was confirmed. While Kim Sun-ah is already well-known for her ability to bring up a character to life, we'd like to ask for much anticipation on what she will come up this time with her character, Yoo Min-hee in "Masked Prosecutor""

"Masked Prosecutor" is scheduled to be aired on May 20th after the completion of "Unkind Women".