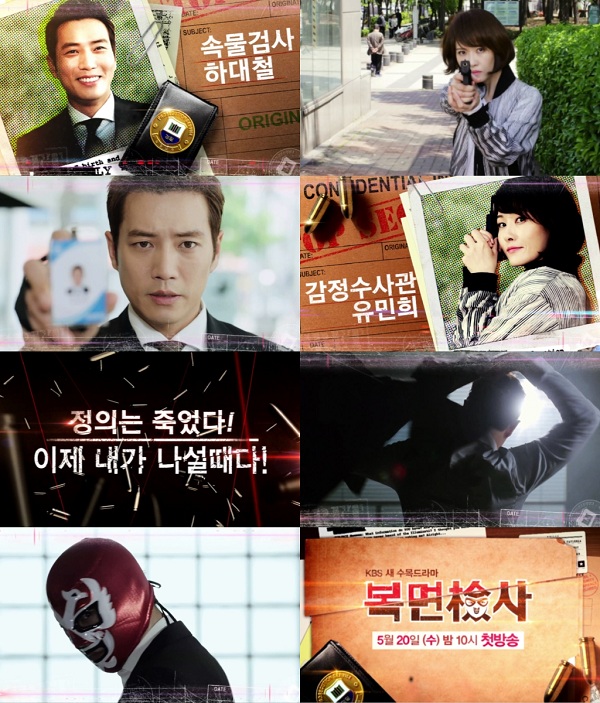 Joo Sang-wook captures your attention with the unexpected twist in his appeals. The initial image of his is of a charismatic and strict prosecutor. However, when he was showing his prosecutor's ID to a cashier at a café and asks for employee discount with the big smile, it portrays prosecutor Ha Dae-cheol's funny and materialistic side.

Kim Sun-ah shows off the confident appeal as a female police officer, from the big strides to her cool pose aiming a gun. Her narration, "Just because you're tough, it doesn't mean you'll be better at catching criminals" raises the anticipation level on her performance to lead investigation appealing emotions in details.

The ending scene of the preview left a strong impression to the viewers. Joo Sang-wook's narration, "Justice is dead. It's my turn to step in" and a view from the back showing a man getting dressed up in a prosecutor's uniform and a mask also get the viewers excited about what is yet to come.

The vivacious cinematography and the cheerful music, and the acting performance by Kim Sun-ah and Joo Sang-wook, who always know how to bring the characters to life way over 100% are truly entertaining.

"Masked Prosecutor" will air its first episode on May 20th after the completion of "Unkind Women".