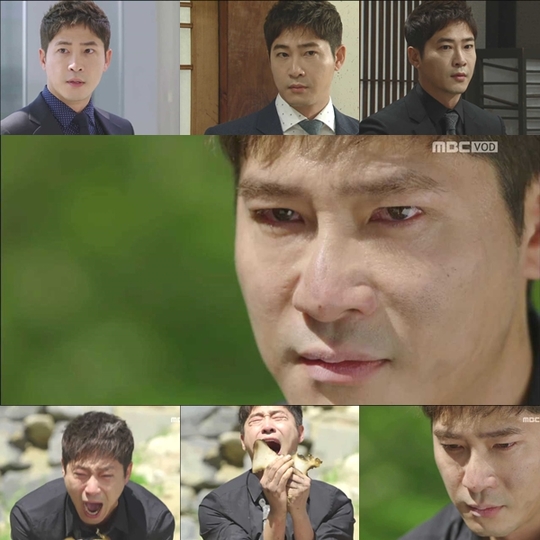 On May 20, Kang Ji-hwan's agency has announced that he got into a car accident while he was moving to the filming set of MBC Monday & Tuesday drama, "Monster - 2016".

Kang Ji-hwan had a medical exam right after the accident and taking a rest at home according to the agency. An insider told Newsen this afternoon, "He will return to the filming set on May 21".

Also, when he was filming the charnel house scene on May 14th, he accidentally touched a heated metal drum. It was an intense crying scene and Kang Ji-hwan could not even realize he had burn injury on his hand even after the director gave him ok sign to him for the scene.

He shortly returned to the filming set after the emergency treatment. The staff members said he did not want to interfere with the work schedule while everybody kept working hard to produce the scenes scheduled on the day.

Kang Ji-hwan is playing an axial role in the revenge romance drama. Reviews say that his sincere and also dissembling acting in the drama is irreplaceable part of "Monster - 2016". We hope he will be able to finish the drama safely and also wish him a fast recovery.

"'Monster - 2016' actor Kang Ji-hwan suffers from several injuries during filming"
by HanCinema is licensed under a Creative Commons Attribution-Share Alike 3.0 Unported License.
Based on a work from this source