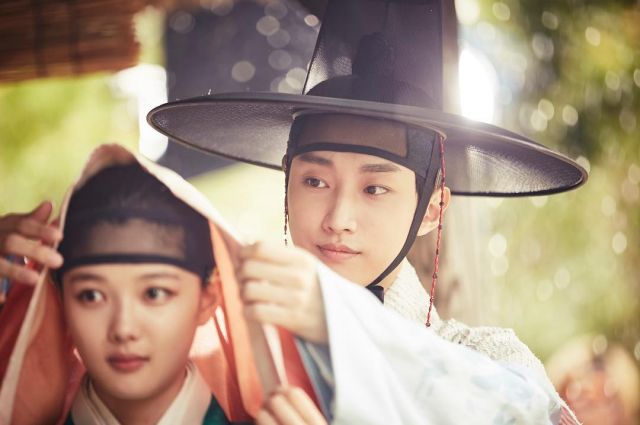 A sweet moment between Jin Young and Kim Yoo-jung has been spotted.

On July 14th, KBS 2TV's upcoming Monday & Tuesday drama, 'Moonlight Drawn by Clouds' posted a behind-the-scenes images on their official Instagram. They added a caption to the photo, saying "Are you healthy and doing well? Just by saying a greeting, he can make all the ladies on the street swoon over him. His name is Yoon-seong".

In the revealed photo, Jin Young and Kim Yoo-jung look sweet together. Jin Young looks impressive as he fixes a gown over Kim Yoo-jung's head. 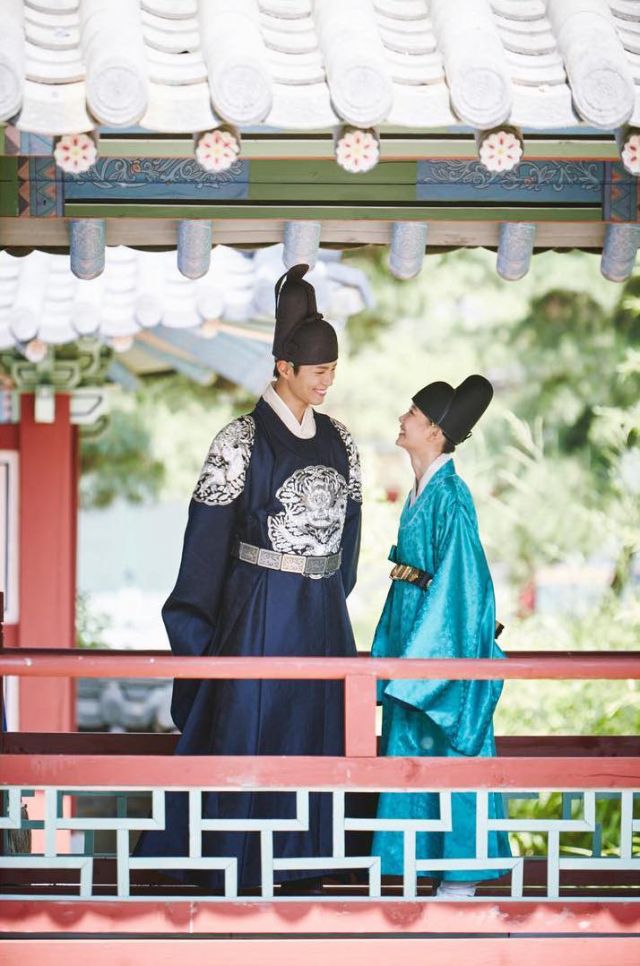 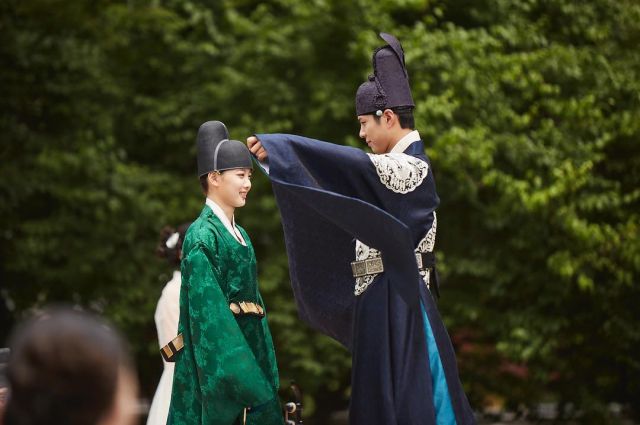 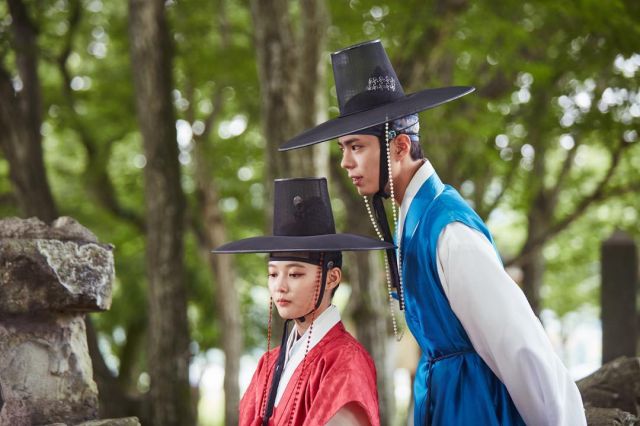 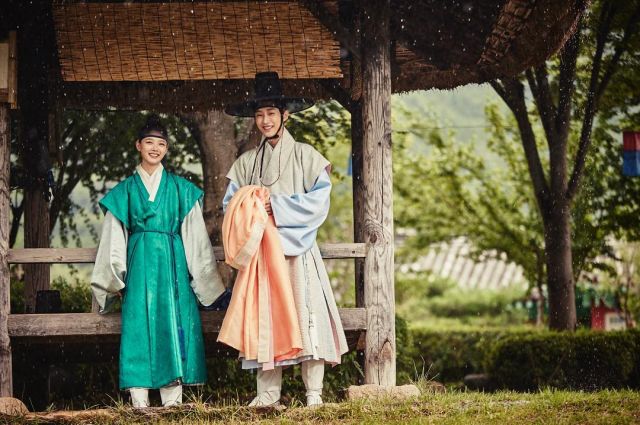 "'Moonlight Drawn by Clouds' Jin Young and Kim Yoo-jung show off sweet chemistry"
by HanCinema is licensed under a Creative Commons Attribution-Share Alike 3.0 Unported License.
Based on a work from this source