'Murderer' Park Si-hoo's sweeping upturn, will it put a brake on Song Joong-ki? 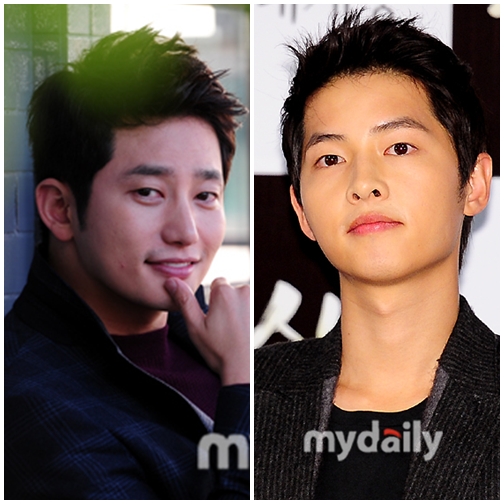 While Song's movie is conquering the box office, Park Si-hoo's action thriller "Confession of Murder" is being released soon.

The making and performance of the cast is equal on both sides. They are completely different genres but it is a head-to-head with two Hallyu stars. Two handsome actors have gone through a change in these movies.

Park Si-hoo put on a different mask in this movie when compared to his loving and warm hearted character in dramas. He is a thick-faced murderer who writes a best selling book when his state of limitations is over.

Song Joong-ki took off the pretty boy image and became A Werewolf Boy who eats with his bare two hands.

"A Werewolf Boy" stood tall in first place of the box office the moment it was released and is hitting 2 million viewers as of the 8th which is the 9th day of its release. Will "Confession of Murder" put a stop to this?

"'Murderer' Park Si-hoo's sweeping upturn, will it put a brake on Song Joong-ki?"
by HanCinema is licensed under a Creative Commons Attribution-Share Alike 3.0 Unported License.
Based on a work from this source