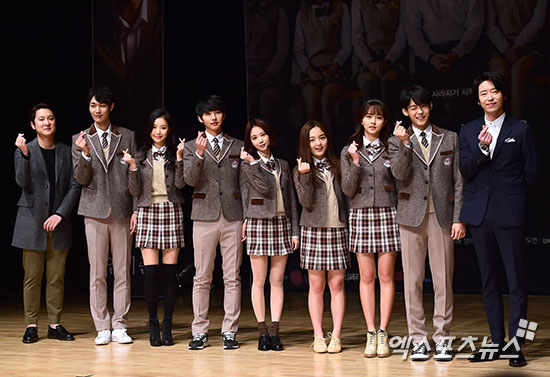 Web-drama "Nightmare Teacher" cast showed off their school uniform styles to add some warmth to the chilly early spring weather.

The press conference for "Nightmare Teacher" took place at the Ilchi Art Hall on March 10th. Kim So-hyun, Seo Shin-ae, Lee Minhyuk and others in the neat and cheerful school uniforms on the stage delivered the fresh feel of the beginning of the school year that has come around.

Kim So-hyun showed off her doll-like look. Kim So-hyun, the high school student actress pulled off the school uniform naturally, accessorized with a hair band and a pair of beige oxford shoes.

Seo Shin-ae is a freshman this year, who is a good example of 'stormy growth spurt. Lee Minhyuk revealed, "I'm older than you think" and "I'm 27 years old and graduated high school long time ago". However, the school uniform looked natural on him without a doubt.

First episode of "Nightmare Teacher" is broadcast at 10 AM on March 14th through Naver TV Cast. 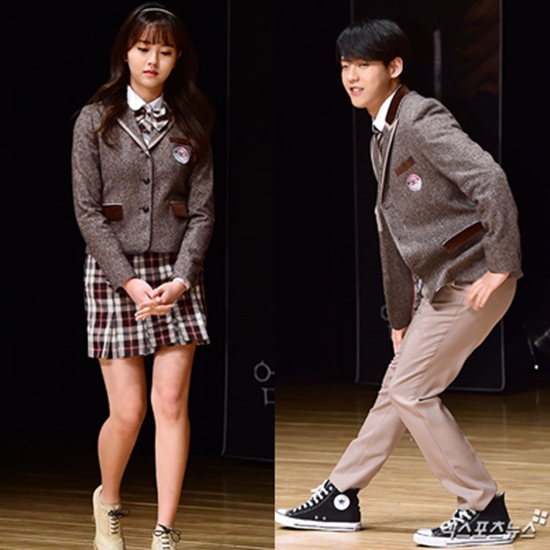 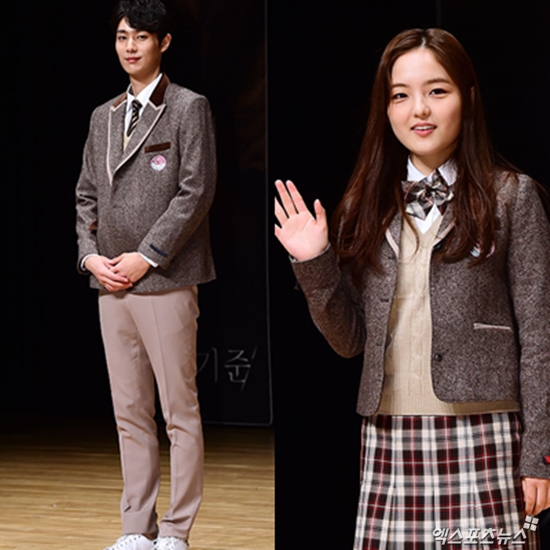 "'Nightmare Teacher' Kim So-hyun, Lee Minhyuk and others show off school uniform looks"
by HanCinema is licensed under a Creative Commons Attribution-Share Alike 3.0 Unported License.
Based on a work from this source