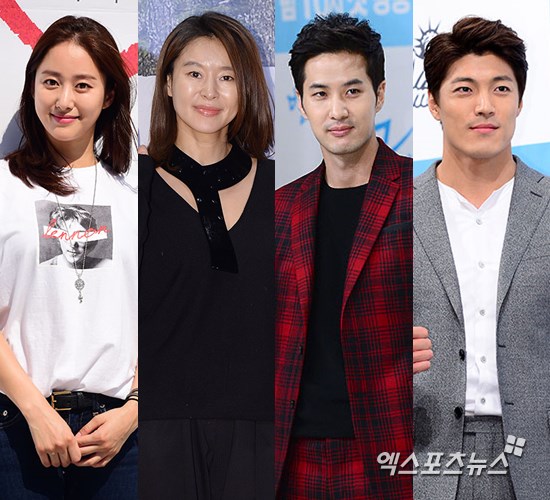 "Oh Hae-Young Again" is about the romances of two different women with the same name who can see the future, Oh Hae-young and Park Do-kyeong. Previously, Eric Mun and Seo Hyun-jin were confirmed casts as the main characters.

Park Do-kyeong's sister Park Soo-kyeong will be acted out by Ye Ji-won. Her role is as the executive in a restaurant corporation who is also a senior to the main character, Oh Hae-young. Ye Ji-won's role, Park Soo-kyeong is an attractive alcoholic character with two different personalities during work and after work. Ye Ji-won also has an experience working with the author Park Hae-yeong in 'Old Miss Diary - Drama"'.

Kim Ji-suk is acting as a lawyer Lee Jin-sang, the male main character Park Do-kyeong's best friend who also creates a relationship with Park Do-kyeong's sister. Jin-sang is very close with Soo-kyeong as he spends more time at Do-kyeong's house.

Lee Jae-yoon is acting as the female main character, Oh Hae-young's ex-boyfriend, Han Tae-jin. He is a successful businessman but cold and full of passion inside. Han Tae-jin will play an important role between Oh Hae-young and Park Do-kyeong.

The producer of '"Oh Hae-Young Again", Lee Sang-hee-IV said, "I am very excited with the golden line up of casts who will play their characters' exceptionally". And also she mentioned that with all the main casts confirmed, they are going to start their shooting as soon as the reading is done.

"Oh Hae-Young Again" will be aired in May after "Pied Piper".

"'Oh Hae-Young Again' Jeon Hye-bin, Ye Ji-won, Kim Ji-suk and Lee Jae-Yoon-I cast confirmed"
by HanCinema is licensed under a Creative Commons Attribution-Share Alike 3.0 Unported License.
Based on a work from this source