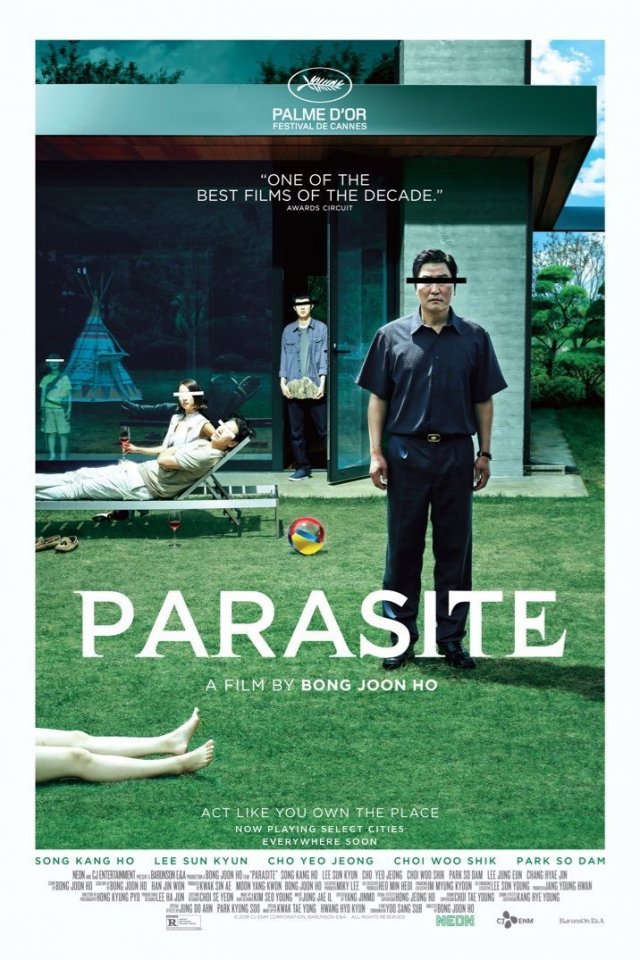 Director Bong Joon-ho's "Parasite" has become the first Korean film to earn a Golden Globe nomination, and is in the running in three categories for the upcoming awards -- best foreign language film, best director and best screenplay.

The annual Golden Globe Awards bestowed by the Hollywood Foreign Press Association will be held in Beverly Hills, California on Jan. 5 next year.

In the best foreign language film category, "Parasite" will compete against films including "The Farewell" by Lulu Wang and "Pain and Glory" by Pedro Almodovar.

Bong will compete for best director against Todd Phillips for the "Joker", Martin Scorsese for "The Irishman", Quentin Tarantino for "Once Upon a Time in Hollywood" and Sam Mendes for "1917".

For the best screenplay, "Parasite" goes up against "Marriage Story" written and directed by Noah Baumbach, "The Two Popes" written by Anthony McCarten, "The Irishman" by Steven Zaillian and "Once Upon a Time in Hollywood" by Tarantino.

"Parasite", Bong's seventh feature, has already won this year's Palme d'Or at the Cannes Film Festival and many other awards at home and abroad. Since its U.S. release in October, it has grossed nearly US$20 million at the box office, making it the most successful Korean film ever there.

"'Parasite' Becomes 1st Korean Film to Be Nominated for Golden Globe"
by HanCinema is licensed under a Creative Commons Attribution-Share Alike 3.0 Unported License.
Based on a work from this source