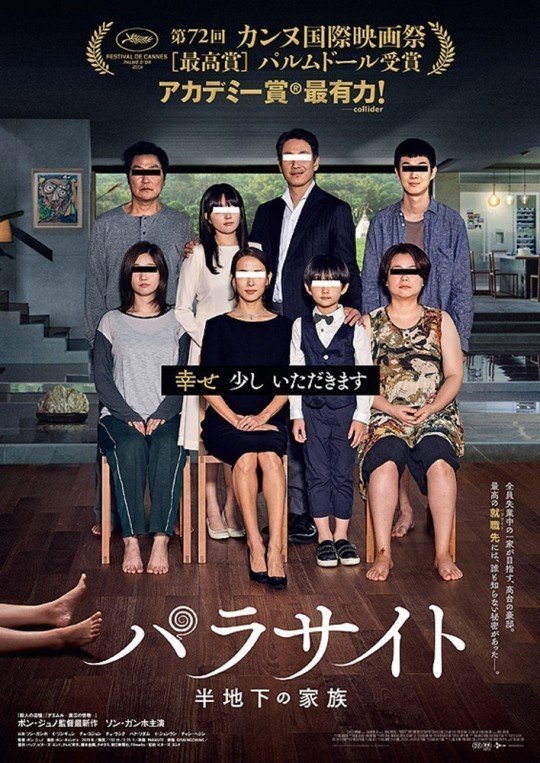 The black comedy earned 4.05 billion yen in ticket sales as of last week, since its release in early January in the island country, the film's distributor CJ E&M said on Monday.

"Parasite" has become the highest-grossing Korean film in Japan, breaking the previous record of 3 billion yen set by "A Moment to Remember", the 2004 Korean tearjerker about a young couple's enduring love, which was released there the following year.

"'Parasite' Becomes Highest-Grossing Korean Film Ever in Japan"
by HanCinema is licensed under a Creative Commons Attribution-Share Alike 3.0 Unported License.
Based on a work from this source