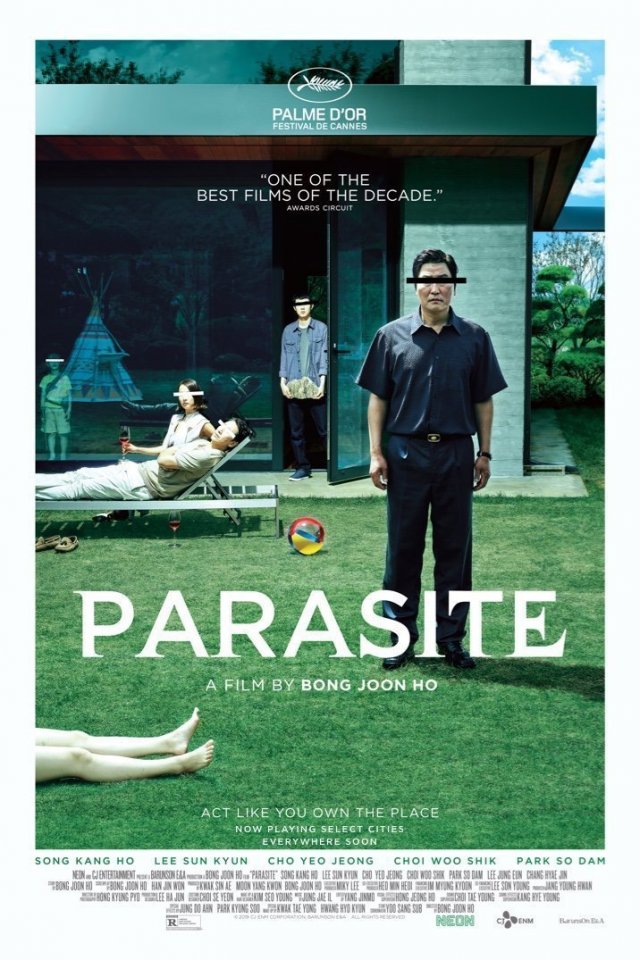 Director Bong Joon-ho's film "Parasite" has been shortlisted for best original song as well as best foreign film at next year's Academy Awards.

The Academy of Motion Picture Arts and Sciences on Monday released shortlists for nine categories, and the song "A Glass of Soju" from "Parasite" was among 15 in the original song category, which included "Speechless" from "Aladdin" and "Into the Unknown" from "Frozen II".

In the best international feature film category, "Parasite" will compete with nine films including "Atlantics" by Mati Diop from Senegal and "Pain and Glory" by Pedro Almodovar from Spain.

The final nominees in each category will be announced on Jan. 13 next year.

"'Parasite' Shortlisted for Best Foreign Film, Best Song at Academy Awards"
by HanCinema is licensed under a Creative Commons Attribution-Share Alike 3.0 Unported License.
Based on a work from this source