"Poongsan", directed by emerging cineaste Juhn Jai-hong and produced by film maverick Kim Ki-duk, came in at box office No. 3 on its opening weekend, drawing over 280,000 viewers since last Thursday.

Impressive production values provide cashable entertainment, but it's difficult to imagine how the inter-Korean action film was actually made: 25 takes in just 30 days for scenes featuring wire action sequences and water stunts, CGI aplenty and music by top Hollywood talent - all on a budget of 200 million won ($185,580).

Jeon and his team may have achieved a dream for indie cinema - a nationwide release including headway into the impenetrable arena of the multiplex theater - but the 33-year-old director warns that his project should not set an example for micro-budget movies.

"It was like trying to climb K2 without oxygen", Jeon said in an interview, Friday, in Seoul.

"Our aim was to make a film that didn't look low-budget, and I suppose we succeeded in a way. But other small indie projects should not try to follow our example. It was only possible for us because every single cast and crew member was a seasoned professional. Had we been amateurs we would have frozen to death along the way to K2".

Jeon had made his feature debut three years ago with "Beautiful", based on another tale by the elder cineaste, and struggled without new projects despite having been invited to the Berlin Film Festival (save for taking part in the crew of 2008's "Rough Cut"). 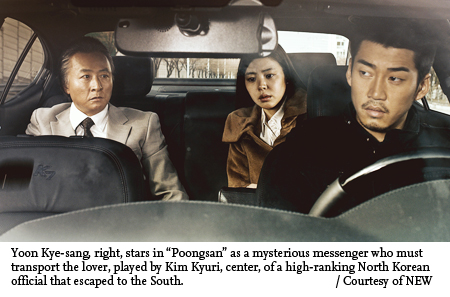 When Kim handed Jeon the story idea for "Poongsan" last fall he jumped right in, even though it meant wisely spending Kim's entire savings account and working against many odds.

"He wanted a young director to bring a fresh perspective to inter-Korean issues", said Jeon.

The movie follows a mysterious messenger (played by singer-turned-actor Yoon Kye-sang) who delivers letters and cherished memorabilia to separated families in North and South Korea. Things take an unexpected turn when the taciturn young man is commissioned with the task of transporting the beautiful lover (Kim Gyu-ri) of a high-ranking Northern official who escaped to the South.

The director, who grew up in the United States and studied opera and business management in Austria, was aware of how anything related to North Korea was a red-hot topic overseas. Yet in the South, inter-Korean issues are usually associated with "uncomfortable" human rights documentaries.

Jeon hoped to make a film that was first and foremost popcorn entertainment, but it didn't help that he was known as an "artsy" filmmaker, having competed in Venice ("Fish", 2007) before being invited to Berlin for "Beautiful".

"To be quite honest I thought I was a genius - like the next Lee Chang-dong or Kim Ki-duk", he said, laughing. In an interview with The Korea Times right before leaving for the Berlinale, he had in fact relished being called "Little Kim Ki-duk", and still does.

"But when I came back from Berlin, "Beautiful" opened on three screens and disappeared after two weeks. I felt like a loser".

He realized that he was emulating the cinema greats and wanted to demonstrate his potential, doing something fun, edgy and more befitting his age.

"I probably won't be able to make an action film that is as young and exciting when I'm older. Mr. Kim said 'good job - it's young, it's fun and even better than "Rough Cut"", he said. 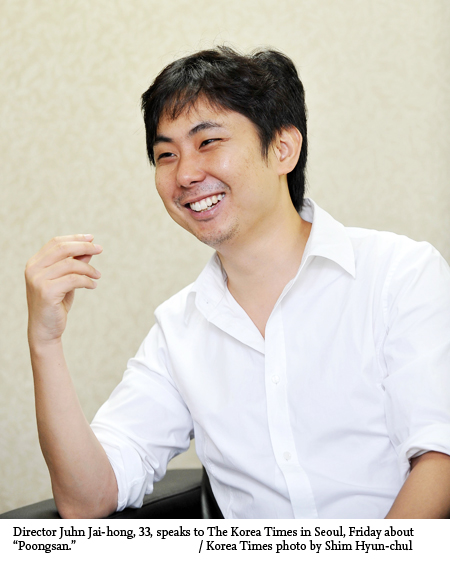 But the former opera singer kept to his artistic roots and made sure the music was top-tier. Besides featuring his own voice for Schumann's "Die Lotosblume", Tim Starnes, whose credits include "Eclipse" from the "Twilight Saga" and the "Lord of the Rings" franchise, edited the soundtrack.

Even when the project was on a roll, he had to fight to cast Yoon in the lead role.

"Yoon has this gentle image as a former pop idol, and most of the people (involved in the film) opposed casting him. But I was impressed by his piercing gaze in films like 'Moonlight of Seoul', and immediately thought of him the moment I read the story.

"Yoon is only two years younger than I am and we were both trying to challenge stereotypes. Kim Gyu-ri is also our age and it was amazing collaborating with such talented actors".

On Yoon not having a word of dialogue in the film, he said, "My mother runs a deli in New York, and she can barely speak English. But communication transcends the spoken word when it's heart to heart".

Despite the critical acclaim and mostly positive audience feedback, worries persist. "Poongsan" faces tough competition against the third "Transformers" film, which opens across some 70 percent of Korean theaters Wednesday. The director noted that the 3D Michael Bay venture cost 200 billion won - 1,000 times the budget of "Poongsan".

"I can make 1,000 films with that money, even if I make two to three films a year for the rest of my life I still wouldn't be able to use it all up", he said. "But I made "Poongsan" wanting to demonstrate the power and passion of Korean cinema".

More critical than box office scores, however, seems to be of a nominal issue. "Kim Ki-duk always says that I must transcend him. It's an extremely burdensome task, but what can I do? All I can do is just to strive forward".

"Poongsan", distributed by Next Entertainment World (NEW), is now showing in theaters.

"'Poongsan': a director's mission impossible"
by HanCinema is licensed under a Creative Commons Attribution-Share Alike 3.0 Unported License.
Based on a work from this source