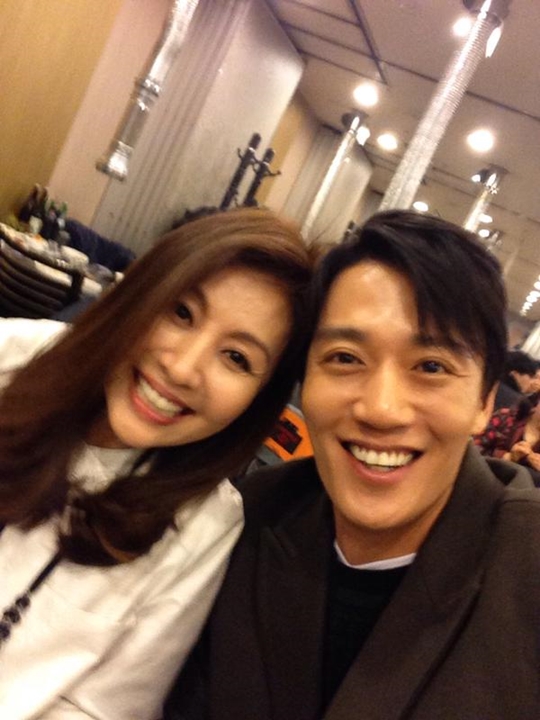 On February 17th, Choi Myung-gil posted a selfie on her Twitter account along with a comment saying, "With Rae-won at the ending party of 'Punch - Drama'.

In the released photo, Choi Myung-gil and Kim Rae-won look friendly with their heads leaning against each other.

Kim Rae-won and Choi Myung-gil, who were enemies in the drama, posed friendly together unlike their hostile relationship in the drama, which grabbed viewers' attention.

"'Punch - Drama' Choi Myung-gil and Kim Rae-won take friendly selfie together at ending party"
by HanCinema is licensed under a Creative Commons Attribution-Share Alike 3.0 Unported License.
Based on a work from this source