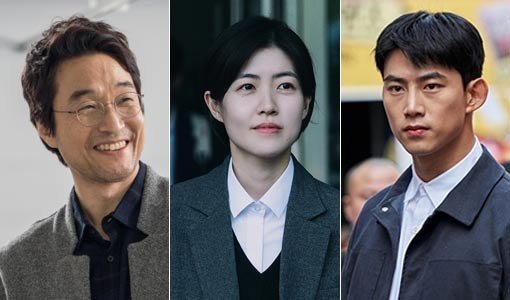 Han Suk-kyu, Shim Eun-kyung and Ok Taecyeon are opening the doors to the 2020 Year of the Rat. With the start of the New Year, the three ground-wave broadcasters are confidently releasing new work, and each of them will take advantage of their competitiveness to rein in the election.

First in line is Han Suk-kyu. He's coming back with "Dr. Romantic 2" for the first time in 4 years on the 6th of January, with the sequel of the first season of the drama which aired in 2016. Based in a run-down hospital in a rural area the drama delivers the message 'humans matter the most' once again. Viewers expect to see a new leader who is rational at one point, but is fun and gentle at another.

The first season of "Dr. Romantic" won Han Suk-kyu the prize for Best Actor on SBS and for the success of the season drama, he's leading the cast and crew with solid teamwork. Writer Kang Eun-kyeong and PD Yoo In-sik from the first season come along in the second one.

Shim Eun-kyung is returning with honors with the new tvN drama "Money Game", which is her first drama since the 2014's SBS drama "Tomorrow's Cantabile". She signed a contract with a Japanese management in 2017 and has been active locally since. Then she starred in her first theater play last year and had a taste of success with a Japanese film which came out in June.

"Money Game" depicts the story of people trying to change the world with justice and faith in the face of a huge conspiracy to save Korea from the 'second IMF' crisis. Shim Eun-kyung plays the new secretary of the Ministry of Strategy and Finance, who rose to public office with her diligence and efforts.

Ok Taecyeon, who is fresh out of military, is also getting ready to roll out. He was cast for MBC's "The Game: Towards Zero" since the moment he was released from military in May last year. The drama he's been filming since summer is finally coming out on the 22nd. He landed in lead roles for OCN's "Save Me" and tvN's "Bring It On, Ghost" before he left for National Duty and even settled in So Ji-sub's management company to focus more on acting.

In the upcoming drama, Ok Taecyeon plays a prophet who can see death through others.