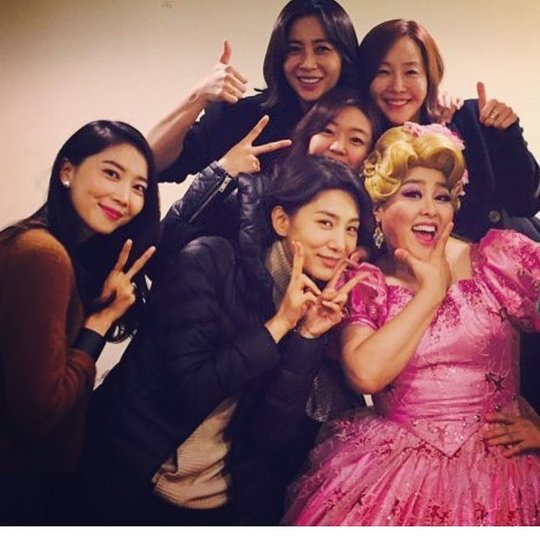 Actress Oh Yoon-ah posted this picture on her Instagram saying, "This was such a fun time. Everyone is so nice". They went to see a musical starring Hong Ji-min.

Meanwhile, Oh Yoon-ah is starring in the drama "Saimdang: Light's Diary" as Choi, Saimdang's (Lee Yeong-ae) greatest rival. Choi erases her embarrassing past as the daughter of an inn and succeeds in laundering her identity, becoming the madam of a wealthy family. She was secretly in love with Lee Gyeom, Saimdang's destined partner and wanted to become Saimdang but in the end couldn't and drove herself to destruction.