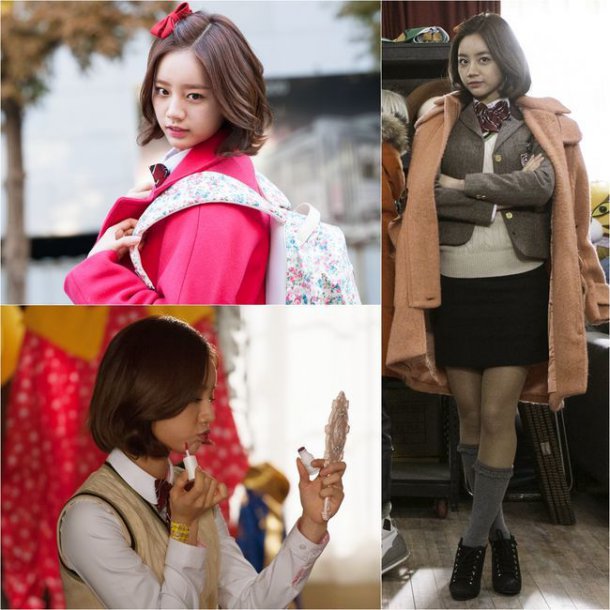 It's expected that Hyeri will be explosively charming, playing her role in the JTBC drama, 'Seonam Girls High School Investigators'.

Hyeri is completely indulged into her character, a self-claimed actress, Lee Ye-hui of the JTBC teen drama, who is obsessed with pretty things and is on diet for 365 days a year.

Lee Ye-hui is a character who wants to be the future Queen of Canne, however her acting skills are incompetent. But her poor acting skills come in handy when she tries to save the investigators from dangerous situations. The random, unpredictable but cute personality of the character will catch the audiences' heart.

Hyeri has been making her cute and lovely presence in many entertainment shows recently. This drama can be a good opportunity for her to stabilize her career as an idol actress, while she still shines with her unique and loveable personality.

A source of 'Seonam Girls High School Investigators' said, "Hyeri is being indulged into the role more and more every day and being synchronized with the role. She studies the script enthusiastically and monitors her own acting closely".

In the drama, under their catchphrase, "Let us take care of everything", the witty and lively high school girls of 'Seonam Girls High School Investigators' solve mysteries in and out of their school. The first episode will be on air at 11 PM on the upcoming 16th.

"'Seonam Girls High School Investigators' Hyeri is indulged into her cute, loveable character"
by HanCinema is licensed under a Creative Commons Attribution-Share Alike 3.0 Unported License.
Based on a work from this source