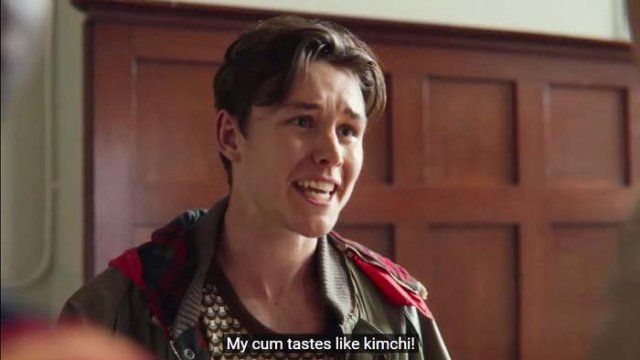 A Netflix comedy has generated controversy for a supposedly racist remark in the trailer.

The comedy centers on a teenager who becomes a go-to sex therapist for his friends. Although the show is rated R, season 1 drew over 40 million viewers in the month after its release. The preview of season 2 has had some 2.84 million views.

Commenters seem uncertain what to be most offended about, the remark itself or the fact that it has been cut on from the trailer shown to Netflix viewers in Korea.

Some other snippets were also removed in the Korean version by whoever decides what is culturally appropriate in each region.

A Netflix spokesman here was po-faced, saying, "Headquarters have been aware of the issue. It is currently being discussed".

"'Sex Education' Trailer Offends Koreans"
by HanCinema is licensed under a Creative Commons Attribution-Share Alike 3.0 Unported License.
Based on a work from this source