'She Was Pretty' actress, the Ice Cream Girl Jung Da-bin looks prettier than ever 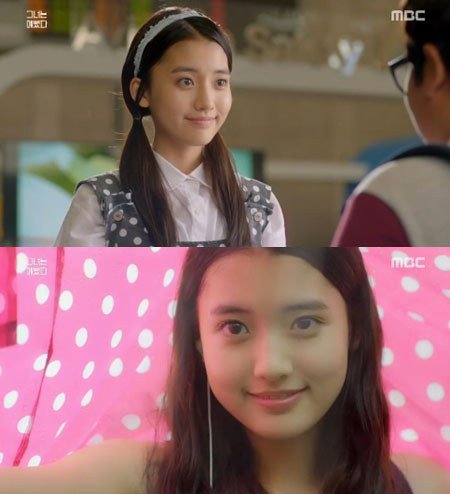 On the first episode of MBC's "She Was Pretty", the child actress Jung Da-bin, who drew much attention as the Ice Cream Girl' in the past, appeared as the childhood version of Hwang Jung-eum's role.

Jung Da-bin played the childhood of Hwang Jung-eum' role, who used to be pretty before her role, Kim Hyejin went thruogh the adverse change growing up.

Jung Da-bin's more mature look and acting grabbed attention from the viewers. At the same time, as she still had the cuteness she had showed off as the Ice Cream Girl, it was a heartwarming surprise for the viewers.

"'She Was Pretty' actress, the Ice Cream Girl Jung Da-bin looks prettier than ever"
by HanCinema is licensed under a Creative Commons Attribution-Share Alike 3.0 Unported License.
Based on a work from this source