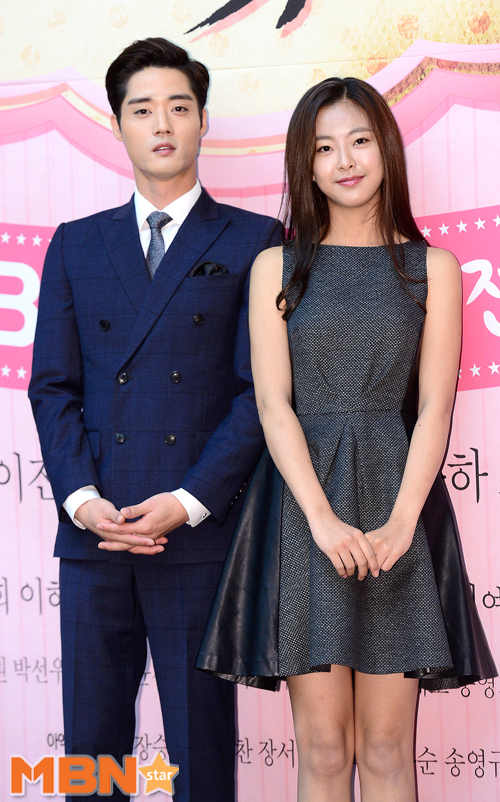 According to an insider, the two developed the love relationship through filming the drama. The couple were often spotted whispering to each other closely on the filming set and Go Won-hee used to visit the filming set to support even when he didn't have his own schedule on those days.

Their relationship has already been known to some people in broadcasting industry. The two dressed in a matchy couple look also enjoyed a date in a restaurant in Gangnam openly.

Go Won-hee debuted as an ad model in 2011 and starred in KBS' 'There's a Meowing Cat' and SBS' 'The Time We Were Not in Love'. She also showed off her talent with entertainment shows when starring in SNL Korea.

Lee Ha-yul debuted as an actor through MBC's 'Night Hospital', 2011 and later starred in MBC's 'The Night Watchman's Journal' and SBS' "Angel Eyes"

"'Shine Like the Stars' couple Go Won-hee, Lee Ha-yul dating in real life"
by HanCinema is licensed under a Creative Commons Attribution-Share Alike 3.0 Unported License.
Based on a work from this source