'Silenced' Brings Demons of Child Molestation Case Back to Life 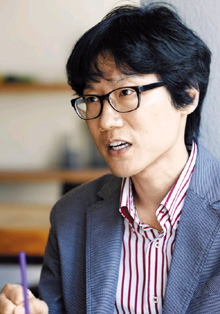 A slew of sex crimes against children with disabilities that took place from 2000 to 2005 at a special institute for deaf youngsters remain unsolved six years after they were first brought to light, sparking anger among social groups.

Author Gong Ji-young in 2009 published a novel inspired by the case that reignited public interest in it. Now a new film adaptation is once again stirring controversy among viewers, who are calling for the case to be reinvestigated.

"I expected the film would generate discussion and debate, but I didn't think the response would be this quick and explosive", said director Hwang Dong-hyuk, clearly dismayed by all the controversy his movie has provoked.

"The issues portrayed in the movie -- sexual violence against children, corrupt ties between police and influential families, negligence of duty by civil servants -- is not fictitious, but can be seen regularly on the daily news", he said on Tuesday.

"The growing repulsion and rage that people feel every time they hear about such injustices seem to have come to a boil with my movie".

"Silenced" has been met with criticism as a disturbing film with little to redeem it due to the graphic scenes portraying children being sexually molested and its depressing ending.

Many people tried to persuade Hwang to change the ending, telling him that he should have the protagonists win their case as people like happy endings. But the director would not be swayed. He said he wasn't trying to make a feel-good movie, but rather present reality.

"I did it intentionally to make people feel uncomfortable", he said. "I thought about two things when making this film. First, I wanted to let the world know about this horrific incident. Secondly, I wanted to expose the structural problems of society as revealed during the process of how the case was buried. The scenes of sexual violence and the morbid, unhappy ending were therefore inevitable".

For some members of the group campaigning for the victims of the case, however, the film did not go far enough in revealing the extent of the horrors that took place.

"Novelist Gong told me that she only managed to depict one third of what actually happened in her novel", said the director. "And my film couldn't even deal with all that was written in her book".

Hwang, a media graduate from Seoul National University, said, "I was greatly interested in social issues as an undergraduate so I would often take part in demonstrations. I took up filmmaking because I was so frustrated by all these unresolved social issues I saw".

"We can see through films how much we are changed by the world. You can't change society with just one movie, but looking at the repercussion of the release of this film, we can think about the power film has in terms of positively affecting society", he said.

"Of course, it is impossible to reopen the case, put the offenders back on trial and punish them now. But we can show how the victims have suffered and try to do something to help them. They haven't even received an apology yet".