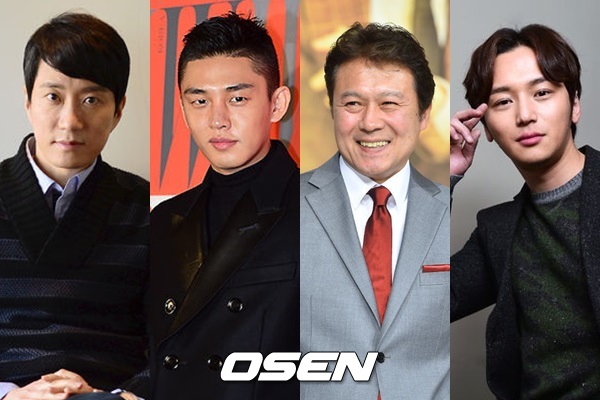 The most anticipated drama of the second half of this year, SBS' new Monday & Tuesday drama, 'Six Flying Dragons' has already begun filming the portions with child actors.

While the drama has started filming the portions starring child actors, 'Six Flying Dragons' has completed the cast for and main roles including Kim Myung-min, Yoo Ah-in, Chun Ho-jin, Byun Yo-han, Shin Se-kyung. With its start date scheduled sometime in October this year, the drama has already kicked off production.

Adult actors will begin to appear in the drama starting episode three to four majorly. While most of dramas begin filming one month ahead of the start date, their early production four months ahead was possible thanks to the competent production team.

As it is a collaboration of the star writers and producer and the star-studded cast joined for the drama, it is anticipated to be the best drama in the second half of this year. To match the expectation, their early production aims to pursue perfection.

While 'Deep-rooted Tree' is a story about King Sejong, who reorganized the foundation of Joseon and stabilized the nation, 'Six Flying Dragons' depicts the stories surrounding the six historical figures with Lee Bang-won in the center during the last period of Goryeo right before Joseon was founded. It is anticipated taht the political, heroic action period drama will deliver their thrilling success stories.

'Six Flying Dragons' will be aired after the completion of currently running "High Society" followed by 'Mrs. Cop'.