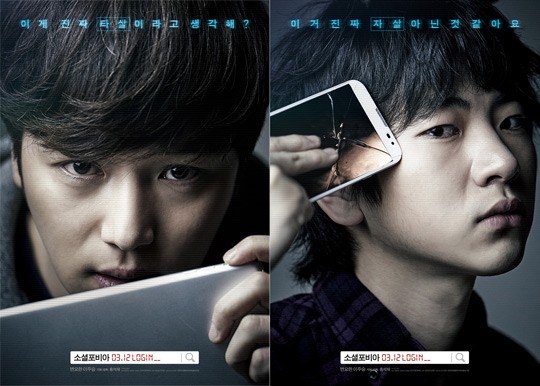 Each character poster has the character's script. "Do you really think it was a murder" by Ji-woong and "It really doesn't look like a suicide" by Yong-min to match each actor's facial expression, which raises curitosity in viewers.

Byun Yo-han, the beloved star from the drama, "Incomplete Life", took the role as Ji-woong, a police hopeful, who gets involved in a real-life fight outside SNS accidentally.

Lee Joo-seung, from the recently completed drama, "Pinocchio", took the role as Yong-min, who participates in the fights for fun.

"Socialphobia" is a full length movie debut project by the award winning director Hong Seok-jae, who has been recognized for his young and trendy artistry.