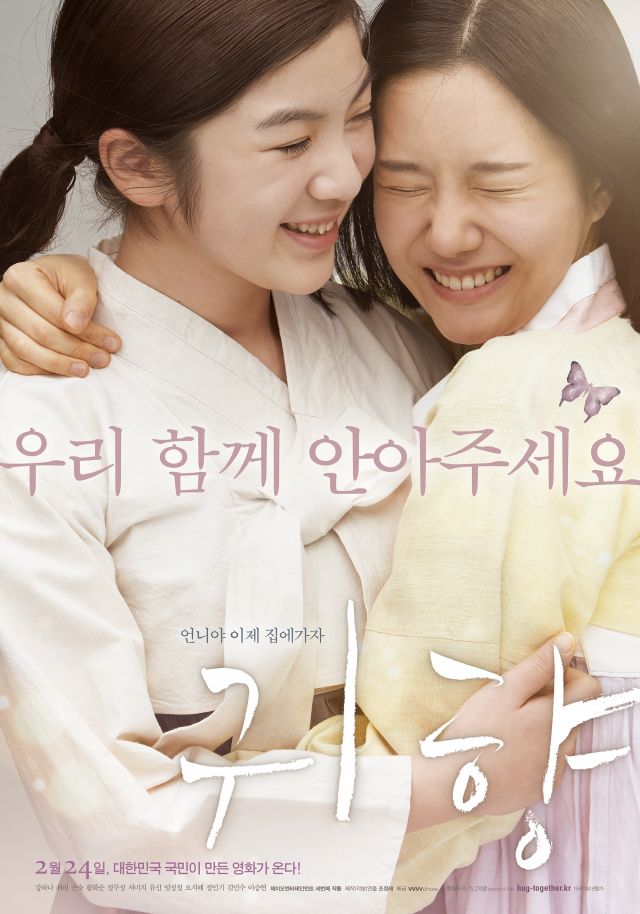 "Spirits' Homecoming" directed by Cho Jung-rae, a film that depicts the plight of women drafted into sexual slavery by Japan in World War II, has hit ticket sales of 1 million just five days after it was released.

Over 300,000 people watched the film on Sunday alone, bringing total to over 1.06 million, according to the Korean Film Council.

The movie has topped the box office since it was released last Wednesday. As numbers grew by word-of-mouth, the number of screens has increased from 512 to 769 and its share of the box office jumped from 23.1 percent to 29.7 percent.

The film was 14 years in the making after Cho stumbled on a drawing by Kang Il-chul, one of the victims, which depicts her memory of Japanese soldiers taking young sex slaves to a burning pit.