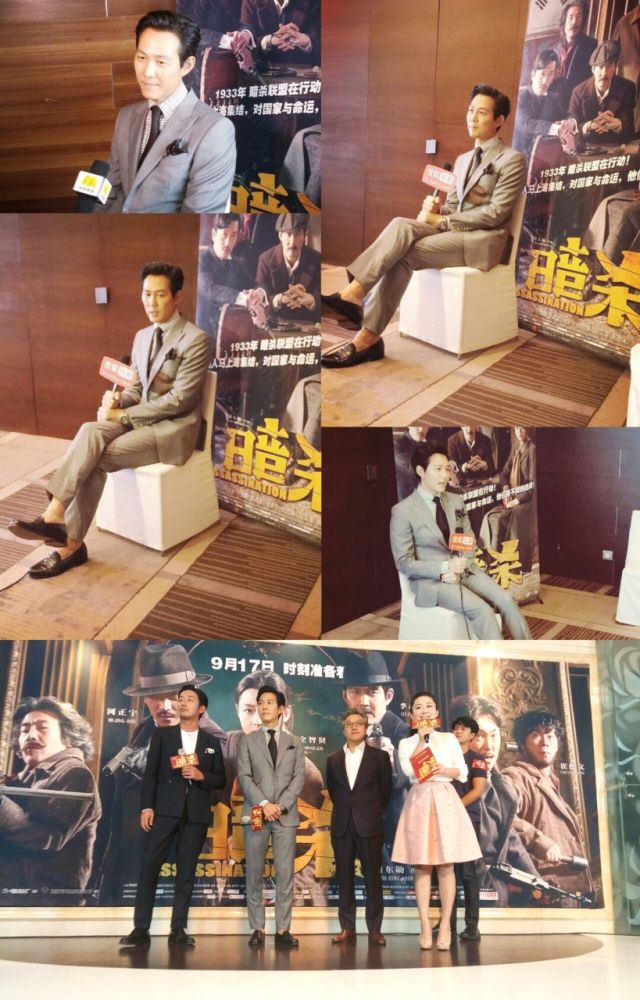 Actor Lee Jung-jae along with director Choi Dong-hoon and actor Ha Jung-woo visited Beijing, China to promote movie, "The Assassination", which is scheduled to be released in China on September 17th,

Since the news about Lee Jung-jae's visit to China broke out on September 7th, the Chinese local medias including Sohu, Qianhua, People started reporting from the moment he departed from Ghimpo International Airport to the moment he arrived in China.

Lee Jung-jae took the spotlight for being one of the most popular Korean actors in China especially for his sex appeal and delivering the continuous outstanding acting performances for his roles in "The New World", "The Face Reader" and "The Assassination" as well as the success of the movies.

Because Lee Jung-jae is currently filming Korean and Chinese joint film, 'The Day of Reveral' co-starring Wallace Chung, a super star in China, it added another reason for him to draw the heated attention.

Lee Jung-jae began his promotional schedule with the interview with about 10 media companies in China. He captivated the hearts of the reporters with his relaxing smiles and good manners throughout the event.

He also received explosive reaction during the red carpet and the stage event to prove his popularity in China. His activities during the promotional events for movie "The Assassination" have been posted on his official facebook account, which also drew heated attention online as well.

Lee Jung-jae will accommodate his schedule including press conference and interviews until September 8th and return to Korea.

"'The Assassination' actor Lee Jung-jae on promotional trip to China steals spotlight "
by HanCinema is licensed under a Creative Commons Attribution-Share Alike 3.0 Unported License.
Based on a work from this source