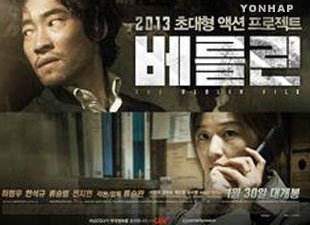 The Korean Film Council said on Wednesday that the film attracted 310-thousand moviegoers on Tuesday alone, drawing a total of five-point-three million for the last two weeks.

"The Berlin File" topped the five million mark faster than any other films that opened this year. It took four fewer days for the film to hit the mark than "Masquerade" which opened last year and drew ten million viewers. Reported by KBS WORLD Radio Contact the KBS News: englishweb@kbs.co.kr

"'The Berlin File' Tops 5 Million Viewers"
by HanCinema is licensed under a Creative Commons Attribution-Share Alike 3.0 Unported License.
Based on a work from this source