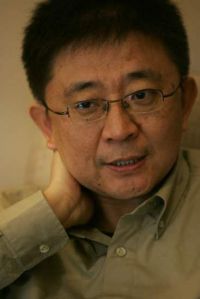 The film is a joint production between South Korea-based Lu Films run by ZHANG and LEE Jeong-jin-I, and producer Guillaume de Seille of France-based Arizona Films. It was supported by the Korean Film Council 's Art Film Production Support program. ZHANG has made a number of award-winning and festival selected films including "Grain in Ear" (2006), "Desert Dream" (2007), and "Iri. (2009).

"The Dooman River" is the second film to be made under the four year old Korean/French Co-Production Treaty, following Ounie Lecomte's "A Brand New Life" (2009).

"The Dooman River" is set in the community around the Dooman River, the boundary line dividing the poor of China and the starving of North Korea where trafficking and illegal border crossing is common. The film centers on two teenagers - Chinese born Korean Chang-ho and a recently escaped North Korean refugee. His sister and his grandfather also come to know Chang-ho's new friend, but then become subject to resulting misfortunes.
French distribution and international sales are handled by Arizona Films.

"'The Dooman River' wins jury prize at Paris Cinema"
by HanCinema is licensed under a Creative Commons Attribution-Share Alike 3.0 Unported License.
Based on a work from this source