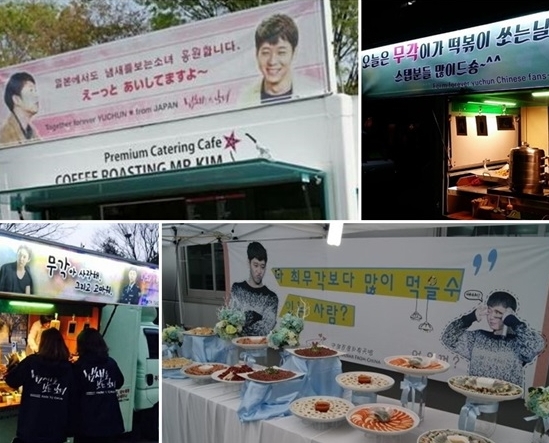 'The Girl Who Sees Smells' Park Yoo-chun has been receiving gifts from his global fans from the many countries around the world.

Park Yoo-chun earned the heart of global fans for his role in SBS Wednesday & Thursday drama, 'The Girl Who Sees Smells'.

His agency said, "There have been endless support and good wishes messages from all over the world".

Park Yoo-chun's popularity is proved with the gifts sent to him from his fans. His global fans from China, Japan, Taiwan, Hong Kong, countries from middle east as well as domestic fans have been sending gifts to the filming set.

They sent food truck for Park Yoo-chun as well as his fellow actors and staff members of the production team. The strong support from his global fans includes a banner ad that came up on a subway station.

'The Girl Who Sees Smells' ranked top in all drama category on Chinese SNS Weibo proving his explosive popularity. For example, his Chinese fans sent him the luxurious food truck service to the set and keep sending strong support for him and the drama, which encouraged everybody working on the set much.

Park Yoo-chun's 'The Girl Who Sees Smells' is also gaining explosive popularity on the international video sharing websites such as Hulu, Soompi TV, and DramaFever.