'The Han Ye-seul case' will it lead to a drama revolution? 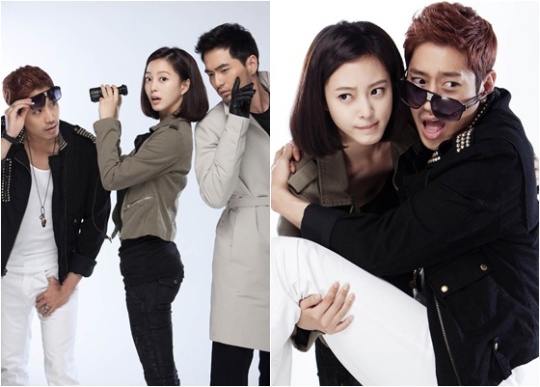 While everyone is waiting to see what happens to the Han Ye-seul case, there are voices that claim that the weak condition of the Korean drama environment is what caused this incident.

Unlike America and Japan where they air a drama after having completely finished shooting it, Korea has been shooting and broadcasting nearly all at the same time for reasons such as ratings.

In a lucky case, some dramas are aired with 4 or so episodes pre-shot but then again the script doesn't come out and there are cases where the drama is edited only hours before the actual broadcast.

One reason this is becoming intensified is because there are more outdoor scenes now than before.

Kim Young-ae from "Royal Family" said in an interview, "A long time ago we shot in studios a lot but nowadays directors and producers prefer to shoot outside for better sceneries. So that's why we are chased by time".

Gong Hyo-jin said, ""The Greatest Love" was a tough one. We took several cuts for the fun of the drama and it was much more difficult than "Pasta"".

This kind of system brought on the 'Han Ye-seul' case and as long as this doesn't improve, there can be another or couple more 'Han Ye-seul's'.

In reality, she requested for a 5-day week and also revealed once that she has a problem with the live-time shooting conditions.

Lee Soon-jae said, "An actor is not just about act and producing but we are a promise with the viewers. An actor can't leave his or her post for whatever reasons. However, there is reason for us to take a look at why this has happened. Younger actors are displaying superhuman abilities in desperate situations. The producers should receive the scripts 6 months to a year before the shoot so the actors can perform to full capacity".

The general manager of KBS drama mentioned in the press conference for the 'Han Ye-seul case' "With this opportunity, KBS will lead in improving the natural characteristics of drama contents and production environment".

"'The Han Ye-seul case' will it lead to a drama revolution?"
by HanCinema is licensed under a Creative Commons Attribution-Share Alike 3.0 Unported License.
Based on a work from this source